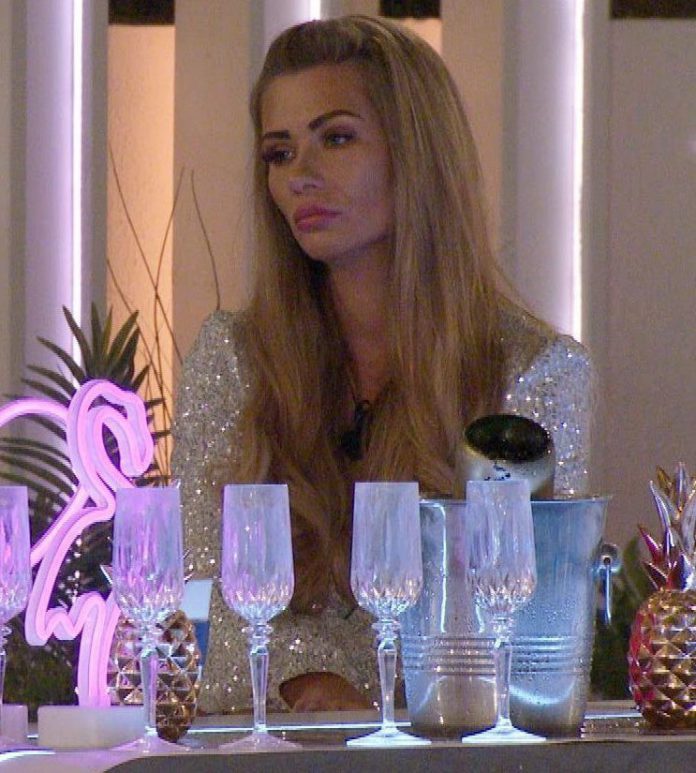 LOVE Island’s producers are supporting distraught Shaughna Phillips after a fiery recoupling saw her get dumped by Callum Jones.

Viewers will see the scaffolder return to the main villa with Casa Amor bombshell Molly Smith in tonight’s show.

Viewers will see Shaughna will be dumped by Callum

Love Island viewers feared for the 25-year-old’s mental health as she has been going out of her mind about Callum since he snuck out of the main villa with the rest of the boys to go to Casa Amor.

The explosive scenes of the recoupling aftermath will air this weekend.

Meanwhile, tonight’s extravaganza will reveal the shock recoupling as the boys and girls choose whether to stay loyal or re-couple with one of the show’s new contestants.

Viewers are getting prepared to watch from behind their cushions as Callum will be accompanied to the main villa by new girl Molly, leaving Shaughna absolutely crushed.

Callum has been cracking on with Molly in Casa Amor

Mirror Online report Love Island bosses are doing everything they can to protect Shaughna.

The South London stunner is being given access to staffers at the villa who have all been trained in Mental Health First Aid and there’s also a psychological consultant on hand should she need it.

The show’s welfare team dedicated to supporting the islanders both during and after the show, are also looking after Shaughna.

The democratic services advisor revealed to the other girls earlier in this week that she does not believe she will be able to stay in the villa if Callum came back with another girl.

Watches of ITV2’s hit show were left gobsmacked when Callum started cracking on with the gorgeous model in Casa Amor.

He was very open about his feelings with Molly and even admitted to the other boys that he is not that attracted to Shaughna.

He insisted there’s no spark between them, telling the boys: “For some reason, its not there.”

He made move on Molly as the two locked lips in last night’s episode, making it all but certain that he is not heading back to the main villa alone.

Thousands more kids studying for GCSEs and A-levels will be able to return to...

Shirley Ballas praises Matt Goss amid Strictly ‘feud’ claims – but fans are not...

8 surprising real-life relatives who have starred in the same soap – as Maisie...

Mike Tindall is competing in I’m A Celeb for cash after work dried up...