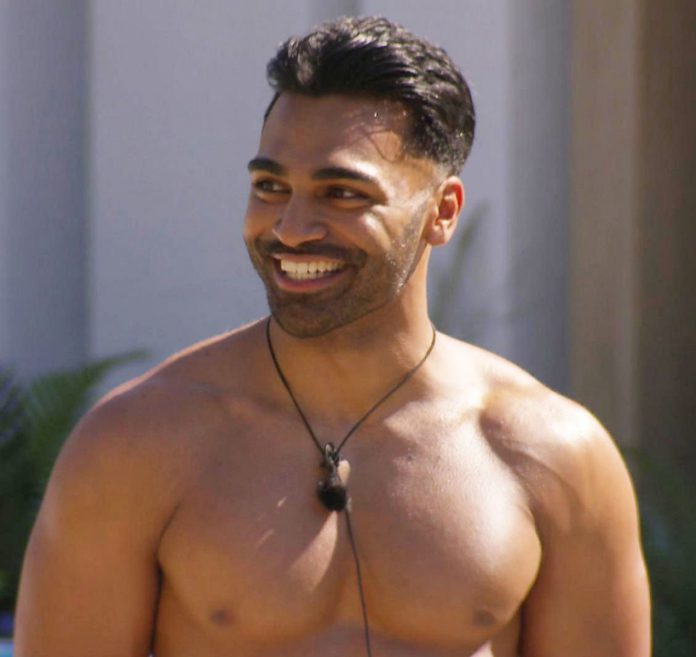 LOVE Island star Nas Majeeds best friend has slammed the show for “de-sexualising” him and calling him a dog in an official tweet.

The reality hit’s account posted a video of the 23-year-old jumping on Callum and Sophie in bed in the morning, writing: “Actual footage of my dog waking me up at 5am.”

Love Island star Nass pal complained he was being ‘desexualised’

But Murad Merali wrote: “Comparing my best friend to a Dog, for no reason? Whats going on here?”

He added: “The desexualisation and objectification of Nas is unsettling to see.”

Nas has been friendzoned by the girls ever since he arrived, when he was rejected by Siannise, but has attracted an army of fans for being friendly and genuine.

Another follower agreeed with Murad, writing: “Its like they just put him in there to tick the diversity card cos the way theyre moving atm doesnt seem like any girls are coming for him, sad because hes the nicest guy in there.”

Fans tonight insisted Nas and Jess Gale have been having the most fun out of anyone in their friendship couple because they have dodged all the drama.

One tweeted: “Jess and Nas are actually so cute man. Enjoying their holiday in Cape Town together.”

Another wrote: “there is us all feeling sad for nas not finding love but hes basically having a free all expenses paid holiday with zero drama whos really winning here.”

However, Jess’s time in the no-aggro zone may be short-lived as she was chosen by viewers to go on a date with new boy Luke Mabbott.

Aussie doubles down on claim he’s Prince Charles’ son & says he was made...