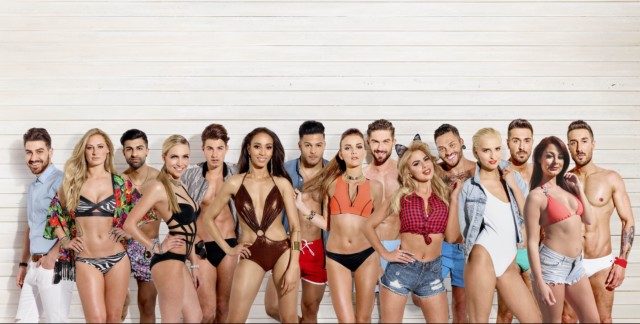 HAVE you ever wondered what the stars of Love Island series one are up to?

After hitting our screens five years ago some of the cast from the popular ITV2 reality show are still very much in the lime light – including the likes of Joshua Ritchie and Towie’s Jon Clark – but some have completely deleted all traces of themselves off the internet and one has been involved in a drug offence. Jess, who won the show alongside Max, is now a first time mum

Three years after winning the show with Max, Jess, 27, fell in love with Dan Lawry and they started dating in August 2018. The pair got engaged six months later and welcomed their son, Presley, into the world in June 2019. After splitting with Jess he got into a string of relationships with other reality stars, including Zara Holland from Love Island series two, Laura Anderson from series four and Geordie Shore’s Charlotte Crosby. Despite leaving the villa engaged to Jon, the pair parted ways after returning to the UK.

The model, 30, soon moved on with George Andreett and soon fell pregnant with their first child.

But just six days before giving birth she confirmed that the pair had gone their separate ways and is now rocking the single-mum life. After placing second on the first ever series of the popular reality show, Jon, 30, joined the cast of ITVBe’s The Only Way is Essex in 2016 alongside his younger brother Chris.

In 2019 the pair were axed from the cast alongside Myles Barnett, James Locke and Dean Ralph.

The Essex lad has also had a string of flings with fellow reality stars such as Chloe Crowhurst, Jasmin Walia, Chloe Ferry and Lauren Pope. After the show, Josh found love with Geordie Shore star Charlotte Crosby – but the pair called it quits last year

Since placing third on the show with Lauren, Josh, 26, has appeared on a variety of different reality shows including Ex On The Beach, Just Tattoo of Us, MTV’s The Charlotte Show and Celebs Go Dating.

The hunk started dating Charlotte Crosby in 2018 and the pair shocked the nation with their sudden split in November 2019.

He is also the owner of his own company ‘ritchjewls’ which has over 9,000 followers on Instagram. The blonde beauty has kept a very low profile since her stint on the dating show and seems to have deleted all traces of her Instagram account. Cally, 28, and Luis became the first ever Love Island stars to have a baby together when they welcomed daughter Vienna into the world in 2017.

After three years of dating the pair sadly split but still co-parent together.

The blue-eyed beauty has also been trying to take the music industry by storm as she released her first single – Champion – in 2019. The dad-of-one has described himself as an entrepreneur

Since splitting with the mother of his child, Luis, 25, has kept his relationship status very private, with no traces of a new girlfriend.

On social media he describes himself as an ‘entrepreneur’ as his love for cars spurred him on to create a page where people can purchase luxurious motors. Despite lasting 35 days in the villa and having sex with devout Christian Zoe Brown, Jordan, 36, has moved on with model Nina Joanna.

The pair recently moved into their first home together and in his spare time, Jordan creates content for his onlyfans account which has six videos and 20 photos. The fashion model swore to her parents that she wouldn’t do the deed on live television, but Jordan’s big muscles made her think differently.

The two gave their relationship a go after returning to the UK but later split and now the blonde beauty has deleted all traces of her social media accounts. Naomi, 28, is currently living her best life in London and regularly posts snaps from her lavish lifestyle on her Instagram account. The reality star now describes himself as a model, personal trainer and an actor

After unsuccessfully trying to sweep Lauren off her feet, Travis only lasted seven days in the villa before he was given the boot.

After his stint on the show, he also took part in BBC3’s Year Of Making Love. He boasts over 8,000 followers on Twitter and his bio states: “Actor. Model. Personal Trainer.” Despite not finding love on the show, Omar has gained a massive following on social media

The UK fell in love with the cheeky chappy when he first appeared on our screens five years ago.

Since leaving the villa, Omar, 27, has racked up a whopping 28.9k followers on Twitter. Bethany was caught in possession with a class B drug

The dancer hit headlines back in 2019 when she was reportedly caught in possession with 134mg of Ketamine.

She pleaded guilty to the drug charge during a hearing at Bradford magistrates court. Daisy, 29, looks worlds apart from when she joined the cast five years ago.

The beauty has completely changed her look and now owns her own website that is dedicated to vegan food. He is currently the director at Voodoo Events, a night club in Newcastle.

But when he’s not partying the night away, the curly-haired hunk has been busy recording his own podcast Modern Wisdom. Since leaving the show, Danielle has accumulated 13.2k followers on Instagram and now permanently lives in Ibiza. After failing to impress any of the girls during their short stay in the villa, the boys have created their own YouTube cooking channel, which has 2.94k followers.

But it looks like John is the only one to have found love as there are various snaps of him and his girlfriend Sasha Francesca on his Instagram account.

Meghan Markle and Prince Harry isolated as no-one from Royal Family is texting them,...