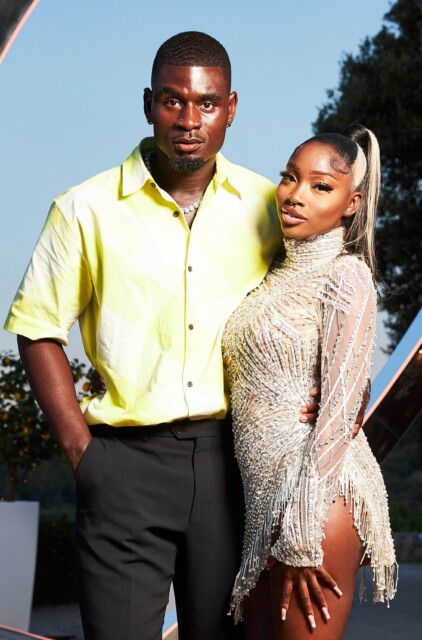 The 26-year-old didn’t take his girlfriend back to meet his friends and family – instead choosing to go alone.

Dami Hope with Indiyah Polack at the Love Island final

The couple are in separate countries

“The Irish man with many accents is back home,” Dami wrote on Twitter.

He then shared video of him celebrating as he reunited with pals.

They had made him a cake with a picture of Dami and Indiyah on top after they finished as finalists.

Meanwhile London-based Indiyah kept quiet about what she was doing as Dami partied in Ireland.

Before he left she posted a snap of them in bed and wrote: “He’s leaving me.”

But reassuring fans they are still an item, Inidyah shared a picture of them after filming Love Island: The Reunion.

“Thank you guys so much for the love and support! It doesn’t go unnoticed.

“So happy to finally be back with friends and family, it’s been a great journey but it doesn’t end here.

“Entering the villa I never expected to find a connection as pure as the one I have now and for that I’ll forever be thankful.

“Excited to explore new beginnings with you @damihope. Here’s to the future and choosing each other always.”

London fires: Families flee after homes and fields go up in flames as heatwave...

Who is the father of Mayas baby in Emmerdale? Jacob and David could potentially...