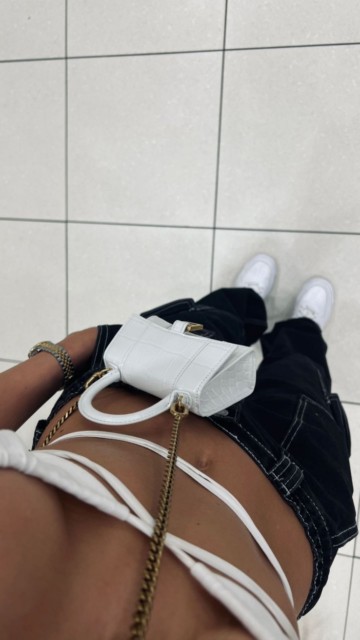 GEORGIA Steel has shown off her rock hard abs after being accused of having a secret nose job.

The Love Island star recently left fans scratching their heads and speculating over her change in appearance.

But Georgia shrugged off the comments as she enjoyed a day out in the sun.

Posting on her Instagram story, she flashed her toned tum in a white crop top.

She later posted a snap of her full outfit, teaming the top with baggy jeans and a tiny white handbag. It comes after she was accused by fans of going under the knife and having a nose job after posting a new video.

The influencer was seen singing along to Nicki Minaj hit We Go Up in a new video posted to TikTok, showing her looking unrecognisable.

“Omg nose job, yes for sure,” one fan wrote under the video, as a second chimed in alongside a laughing emoji: “Got a nose job.”

A third said: “She’s deffo done fillers too. Surgeon was good because she looks different but what and where you can’t figure out.”

While a fourth pondered: “She looks so different. I can’t put my finger on what’s different. Does anyone know?”

Others chimed in to defend the star, saying it was likely that her face had just “matured” since being on the show four years ago. The star was accused of having had a nose job
Did you miss our previous article…
https://www.hellofaread.com/love-island/inside-molly-mae-hagues-mini-break-to-ireland-as-she-jets-off-without-tommy-fury/

Three surprise GTA games revealed – and NONE of them are Grand Theft Auto...

Loved up Megan Barton Hanson and James Lock back together as they hold hands...

Defence chiefs carry out Changing of the Guard without music to deter visitors during...