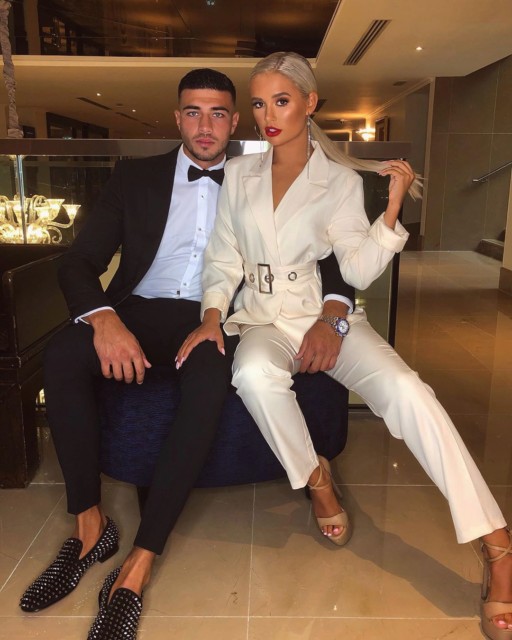 MOLLY-Mae Hague says she’ll be married and have children with Tommy Fury by the time she’s 26.

The 21-year-old has set herself a five year plan – and put marriage and kids at the top.

Molly-Mae will be married to Tommy Fury by 2025

Love Island star Molly-Mae was asked by fans where she sees herself in 2025 and she used emojis to describe her dream scenario.

First up is buying a house with her boxer boyfriend, followed by walking down the aisle and giving birth.

She added: “And a hell of a lot of work. @filterbymollymae 2021 is going to be massive for us.”

Tommy revealed last year that he is trying to get Molly-Mae pregnant and wants eight children.

She set out her five-year goals Molly-Mae is also focusing on her fake tan business

He said: “Yes we have, we’ve been snoodling in the bedroom, I want twins by the time I’m 22, simple as that. Molly wants six kids, I want eight.”

Molly also told fans she’s not on any contraception currently – but said it wasn’t a deliberate move to fall pregnant.

She said: “I went on the pill a few weeks ago for the first time. I found it so hard to find a good time each day to take the pill. I started taking it and no, it’s not for me.

“I felt headache-y, I felt tired, I felt emotional like I was crying for no reason. Tommy was literally like, ‘What is wrong with you?’ and the only thing that had changed was that I was on this pill. It was not for me… I’m living life on the edge guys!” The couple want up to eight children

She added: “That is not because we are trying for a baby, just to clarify.

But it hasn’t stopped her excitedly planning what she’ll name their kids.

Although Molly says she’s preparing for “everyone to hate” the baby names she’s picked out – because she has some “unusual” ones lined up.

During a Q&A on Instagram, one fan asked if her and Tommy’s kids will have unusual names.

The fashion mogul said: “Yes, a million percent. No one in my child’s class is going to have the same name as them.

“I already have names in mind that I know everyone is going to hate, and I just can’t wait for it.”

Nintendo Switch slashed to ONLY £239 in early Black Friday deal

How old is Shirley Ballas, is the former Strictly judge married and what’s her...