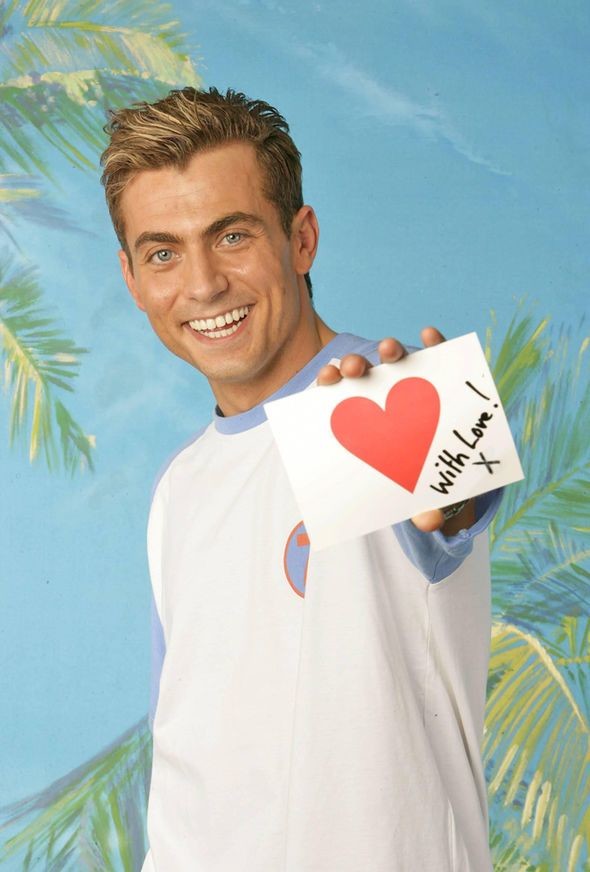 But that is far from the only disastrous date he has suffered with an A-list beauty. During the Nineties and early Noughties, the 41-year-old former Hollyoaks lothario and Celebrity Love Island veteran had a series of unforgettable encounters with some of the most glamorous stars of the time.

Years on, he can now look back with a laugh as he reveals some of his most awkward knockbacks . . .

Being an 18-year-old lad dating the hot 26-year-old model from the Boddingtons adverts was a dream — until Paul crashed on the way to see her. And men’s mag fave Melanie was not overly sympathetic upon his very late arrival. Paul recalls: “She didn’t believe me at first. I was late and driving a bit fast because I was really nervous about the date — she’d booked a ­restaurant. I came to a roundabout and didn’t brake in time. I ended up smashing into the back of a car. It was horrible.

“The guy in front had to go off in an ambulance and all I’m thinking was, ‘I’ve got to go. I’ve got a date with Melanie Sykes’. I called my dad. He came and took care of the car. I jumped in a cab, got to hers and she was like, ‘Why are you so late?’ I said, ‘I’ve just had a car accident’.”

Sadly for Paul, dinner was the only meal he enjoyed with Mel — as he did not make it to breakfast. Paul says: “That night I was in shock from the car accident, and it came out a bit later. I couldn’t even go to work the next day, I was really ill.

“It was a shame because that date could have been much better. We were on and off for a couple of months. She ended up getting together with an actor guy (Daniel Caltagirone) and married him.”

Paul was so besotted with Hollywood actress Cameron, he proposed within seconds of meeting her at the Coachella music festival in LA. He says: “I went up to her and said, ‘Hi, my name’s Paul and I’ve always thought you were amazing’ and I just got down on one knee and said, ‘Will you marry me?’. She thought I was joking, but I kind of wasn’t and she was like, ‘Paul, that’s so sweet but I’m with Jared’.” That was Jared Leto, lead singer of rock group Thirty Seconds To Mars and future Oscar winner for his supporting role in 2013 film Dallas Buyers Club. Paul adds: “I stood back up, thinking, ‘I can’t compete with that, Jared f***ing Leto’.”

But Paul and Cameron met up again backstage at one of Jared’s gigs at the House of Blues in Hollywood. Through a connection at the club, Paul knocked on Jared’s dressing-room door only for Cameron to open it and greet him with the not-overly-welcoming: “What are you doing here?”.

And his hat-trick of knockbacks was complete when they trod the same red carpet for the London premiere of Charlie’s Angels at Leicester Square in 2000. Paul says: “My friend makes these bags and I sent one to her via my manager. It was personalised with ‘Diaz’ on, it costs thousands.

“On the red carpet I was like, ‘Cam, how are you doing? Did you get the bag?’. And she was like, ‘Thanks so much’, but as she was thanking me the bodyguard grabbed me away thinking, Who the f*** am I. She never saved me, she never stopped me from being pulled away. She was busy posing with Drew Barrymore and Lucy Liu.” Katie Price, with Paul in 2017, turned up to a date with another man

Paul, who is still close to Katie, says: “I get to this date and she turns up with another guy. I’m thinking, ‘Why has she turned up to meet me with a bloke?’.

“All these years later she says she was probably a bit shy so she wanted someone with her. I took it to heart, as I thought she wasn’t interested.

“After about an hour, I said, ‘See you later’. I was really gutted.”

Paul met Madge when he was introduced to her by pop icon George Michael at an awards afterparty at fashion designer Donatella Versace’s mansion in Milan. Madonna’s ‘still got it’, according to Paul

He says: “George called me over because he recognised me from Hollyoaks, as he used to watch it with boyfriend Kenny Goss. He called it his ‘hangover TV’, as he watched the Sunday morning omnibus.

“Madonna came over and I said to her, ‘Madonna, you still look so fit’. I was told later that maybe it was not the best compliment, as saying ‘still’ made her sound old.”

So desperate was Paul to make his date with the Spice Girl, he left Hollyoaks producers and castmates fuming when he quit the soap’s set in Liverpool halfway through a scene, to jump on a train down to London. “Grow up, it’s Baby Spice!” he hit back at them. Emma had invited Paul as her guest to a Versace store party after they “had a little snog and swapped numbers” at celebrity hotspot the Met Bar in central London. It was a party that was to be made famous by Emma’s bandmate Victoria Beckham and hubby David turning up in matching leather biker outfits. But it was not long before Paul was on his bike, too — his date preferring the company of blonde TV presenter Dani Behr, an ex of Becks’ Man United teammate Ryan Giggs.

Paul explains: “It was a really big thing, as it was a proper date and she was taking me to the event. She introduced me to David and Victoria Beckham when we got there but Victoria was so rude. I stuck out my hand and she wouldn’t even shake it, she just looked at me.

“David was so nice, he was chatting to me for about 20 minutes but I couldn’t understand how he’d let his wife be so blatantly rude to someone, especially someone who was with her fellow band member. But the worst thing about that date was when Emma said to me, ‘We have to leave separately and we’ll meet you down the end of the road’.

“I said, ‘What do you mean ‘we’? She said, ‘Dani Behr is coming with me’.” So I’m thinking, ‘Am I ever going to get the chance to go back to yours and have a bit of fun?’ I’ve come all the way down from Liverpool and f***ed up a scene in Hollyoaks, but I was like, ‘Yes, whatever you want, Baby’.

“I came out of this place and all the photographers are snapping away at the Beckhams, and Emma has already gone in this car and suddenly these paparazzi see her and start chasing, so I could understand why she didn’t want to be seen with me. So I started running with the snappers and the fans, shouting, ‘I’ve got to get in this car’.

To compound his misery, she added: “If you don’t mind, we’ll just go into that petrol station there.”

Simon Gregson breaks down in tears as he’s reunited with his family after I’m...

Meghan Markles friend warned she didnt know what she was letting herself in for...