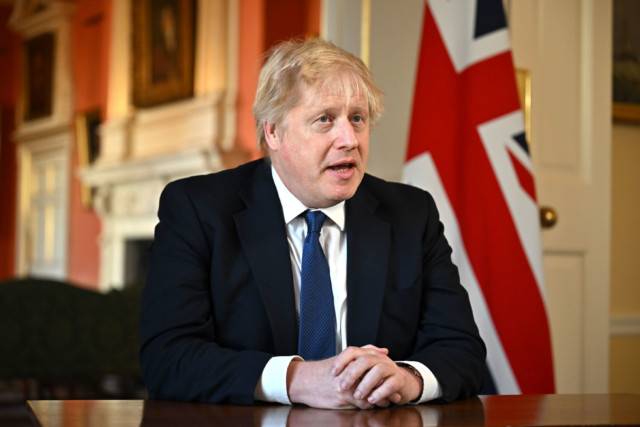 BORIS Johnson turned the screw on Rishi Sunak ­yesterday as pressure mounted for the Chancellor to do more to ease the cost-of-living squeeze.

The PM echoed concerns over rising prices when he declared: “We must respond.”

Boris Johnson turned the screw on Rishi Sunak ­as pressure mounted for the Chancellor to do more to ease the cost-of-living squeezeThe PM echoed concerns over Mr Sunak’s ‘tin-eared’ attitude to the crisis when he declared: ‘We must respond’

Yet Mr Sunak has refused to axe April’s National Insurance hike and warned of no “big bazooka” giveaways in Wednesday’s mini-budget.

He has £40billion more in the coffers than expected, much of it a tax windfall from rising prices — and has bagged £2billion — £5million every day — just from VAT on fuel.

Senior Tories want him to use the money to help families struggling to pay fuel, energy and food bills.

Mr Johnson turned up the heat, telling a party rally in Blackpool: “We’ve got to do everything we can to help people with the cost of living. Treasury sources say Mr Sunak is eyeing action on fuel duty and possibly lifting tax thresholds as rocketing inflation and war in Ukraine threaten to pile on the agony.

But he wants to hold back amid uncertainty about the future.

A source said: “The Spring Statement will be very policy-light. Don’t expect him to pull a rabbit out of a hat. Maybe a few baby bunnies, no more.”

One minister said: “There’s a battle between Boris and Rishi.

“Most backbenchers are on Boris’s side and there will be a lot of pressure on the Chancellor over the next few days.”

“People are living in fear about whether or not they will be able to pay their bills.”

Ex-Tory leader Sir Iain Duncan Smith urged a VAT cut on fuel to help motorists and to prove the benefits of Brexit, as being outside the EU lets the UK set its own VAT rate. Urgent search for man, 22, after student, 19, murdered inside uni halls A senior Tory added: “The Chancellor is on the back foot. He is under assault from every wing of the party.

“The last thing we need is fiscal tightening. He’s got to go for growth, otherwise he risks everything going down the plughole like in the 1970s.”

British jihadis could use human rights laws to return to UK to reunite with...