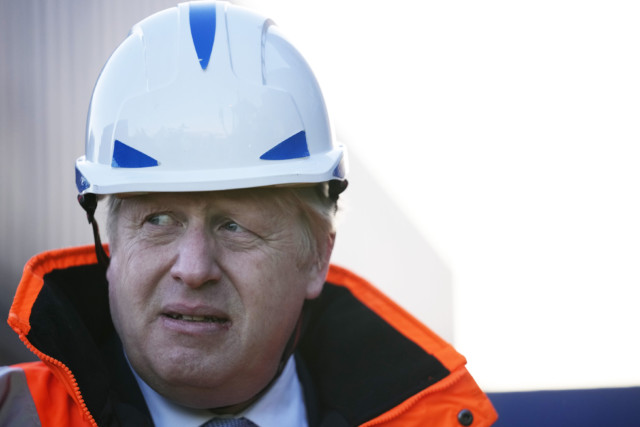 BORIS Johnson’s D-Day finally arrived today as Sue Gray’s report into Downing Street parties was published – and revealed the cops are probing ANOTHER gathering in the PM’s flat.

A heavily watered-down version of the Whitehall probe tore into “failures of leadership and judgment” inside No10 across a 20-month period.

Boris Johnson was given the Sue Gray report this morning

Top civil servant Ms Gray, whose findings were censored by the Met, scolded the booze culture in Downing Street.

But the anti-climactic conclusion of the 12-page report simply ruled “a number of these gatherings should not have been allowed to take place or to develop in the way that they did.

“There is significant learning to be drawn from these events which must be addressed immediately across Government.”

Mr Johnson spent the morning poring over the findings – that could seal his political career – before it was published this afternoon.

He is due to come to the Commons at around 3.30pm for a statement on the Partygate developments.

Crucial findings have been redacted from the report after Scotland Yard demanded Ms Gray leaves out anything that encroaches on their own inquiry.

Dame Cressida Dick took a wrecking ball to the civil service probe by launching her own police investigation into eight parties in Downing Street and Whitehall.

In her report today, Ms Gray revealed the Met were also investigating 12 out of the 16 gatherings that formed part of her probe – which were therefore effectively off-limits for her report.

Downing Street has not committed to publish the full findings of the Gray report even once the cops finish, meaning they may never see the light of day.

They include the “bring your own booze bash” in the Downing St garden, and two No10 parties on the eve of Prince Philip’s funeral.

Mr Johnson and senior Downing St staff have been interviewed as part of the process.

The PM has for weeks been urging rebellious Tory MPs to wait for the Gray report before submitting letters of no confidence in his leadership.

He has insisted the findings would exonerate him from any lockdown-rule breaking and “draw a line” under the saga.

But it remains to be seen if the watered-down report is enough to bring would-be mutineers back from the ledge – or whether they’ll hold judgement until the Met probe concludes.

Seven Tory MPs have so far publicly called for Mr Johnson to resign, along with Labour leader Sir Keir Starmer.

Publication of the Gray report had been expected to trigger a further cascade of letters, but temperatures now appear to have cooled.

Mr Johnson’s loyalists has been shoring up support with wavering MPs, while the PM has been meeting some personally in his office.

Today he launched a Brexit Freedoms Bill and is planning to publish the long-awaited Levelling Up white paper this week.