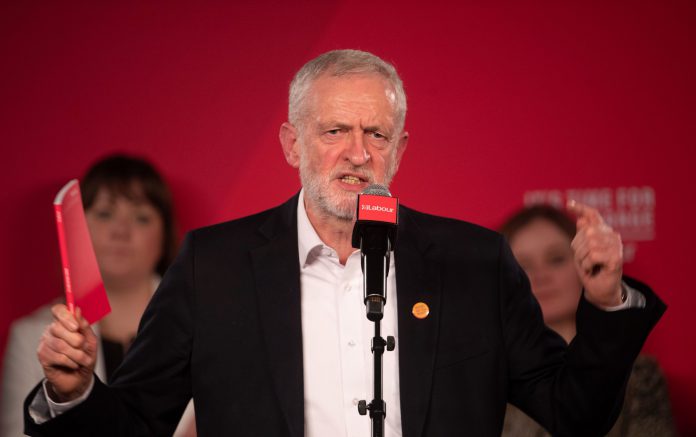 JEREMY Corbyn has said that not all terrorists should serve their full sentences in prison, after Boris Johnson urged a crackdown in the wake of the London Bridge attack.

The Labour boss said it “depends on the circumstances” and “what they’ve done in prison”.

The Prime Minister has called for toughening up of laws to make sure that anyone convinced of terror should have to serve every day of their sentences, or a minimum of 14 years.

It emerged that the terrorist in Friday’s terrifying attack Usman Khan had been released from prison last December, after he was convinced of a plan to bomb the London stock exchange.

He served just eight years in jail, but his original sentence was meant to be 16.

But he did back the shooting dead of the terrorist, who was wearing a fake suicide belt during his rampage.

Mr Corbyn, who has previously expressed his disapproval of shoot-to-kill tactics, said: “They had no choice, there was a credible threat of a bomb belt.”

He added: “Police have to take what action they can to defend people.”

The Labour boss also said he was concerned about the practise of stripping British jihadis like Shamima Begum of their citizenship.

He told the programme: “If you strip away their citizenship, where are they going to go? They are then going to become stateless people roaming around into ungoverned places”.

Elsewhere in the interview he: Why are FA Cup 3rd round matches kicking off one minute late and whats...

EastEnders’ Diane Parish reveals her own family thought her character had died when she...

Shamed MP Keith Vaz pocketed over 250,000 while being investigated for offering to buy...