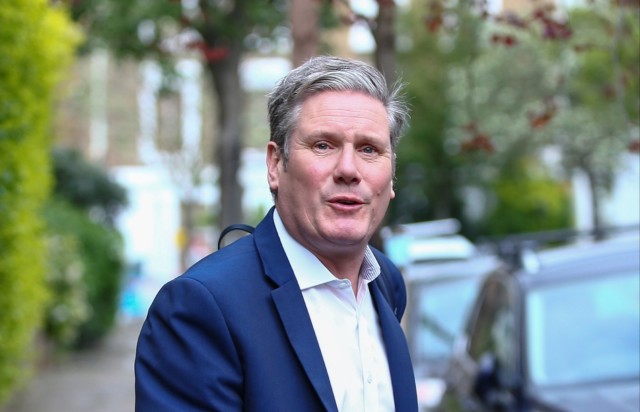 The source will tell police the gathering broke Covid rules as Labour MP Mary Foy and about 12 staff were “just socialising” with Sir Keir and his deputy Angela Rayner.

Sir Keir claims that after a day’s campaigning at the Hartlepool by- election he returned to work at night after eating the takeaway curry and downing a beer. But the source said: “They were just getting p***ed. It was a jolly.

“They just thought it was pretty cool to hang out with the leader and deputy leader of the Labour Party.

“I wouldn’t say they were hammered but they were definitely a bit tipsy by the end.”

The witness, who said they were willing to give a statement to police, added: “It’s not something that I am prepared to defend. “It’s akin to the Prime Minister and Rishi Sunak being ‘ambushed’ by a birthday cake in No.10’s garden.”

Meanwhile, a memo drawn up days before the visit to Durham reveals that the “social” gathering had been planned in advance.

Meghan Markle, Prince Harry and Kate Middleton were the inspiration for kids names in...

Brits can jet off to France, Italy and Spain next week with first air...