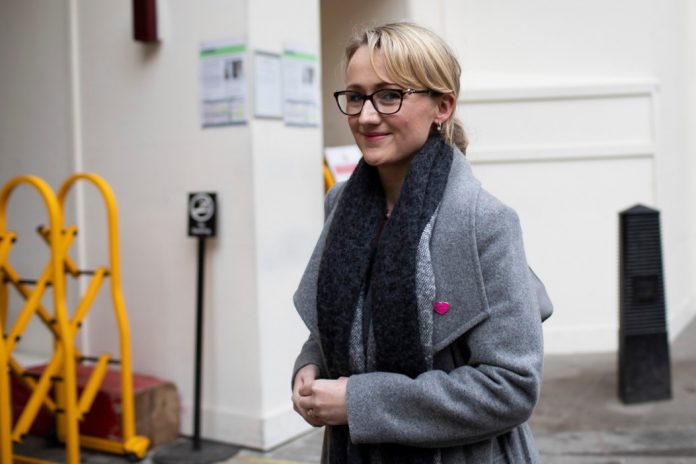 REBECCA Long-Bailey today refused to deny taking illegal drugs but implied that she had tried weed.

Ms Long-Bailey was quizzed on her experience with drugs as she tried to prove herself to be the most viable candidate in the Labour leadership race.

When asked in an interview with JOE if she had tried illegal drugs, Ms Long-Bailey laughed and said “well, I’ve been to Amsterdam, that’s all I’ll say”.

Ms Long-Bailey is not the first politician to appear to admit to taking drugs.

During the Tory leadership campaign Michael Gove made the shock revelation he had taken cocaine on “several occasions” and that he “deeply regretted it”.

Seven other candidates quickly followed to admit they had dabbled with drugs.

Boris Johnson said he had tried, but failed to take cocaine: “I think I was once given cocaine but I sneezed and so it did not go up my nose. In fact, I may have been given icing sugar.”

But in 2007 Mr Johnson told GQ magazine: “I tried (cocaine) at university and I remember it vividly. And it achieved no pharmacological, psychotropic or any other effect on me whatsoever.”

With the race for the Labour leadership in full-swing, Ms Long-Bailey promised she was not the “continuity candidate” after Sir Keir Starmer, a moderate Remainer, took the lead in the first stage of the race.

The five candidates must gain the backing of 33 constituency Labour parties or three affiliated members – atleast two of which must be trade unions.

Ms Long-Bailey was given the backing of Bakers, Food and Allied Workers Union today.

Sir Keir has been backed by the trade union Unison and SERA, an affiliated member.

All of the contenders to be Labour leader will take part in a series of hustings starting on Saturday.