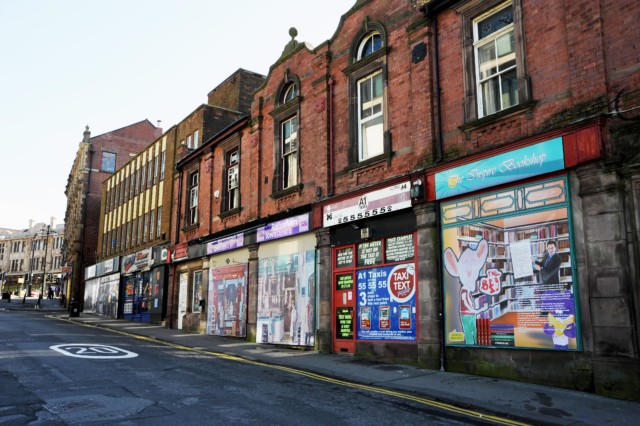 MORE than 40 per cent of the businesses who took out emergency loans from the Government during the coronavirus crisis do not expect to pay it back.

The wave of defaults on loans could blow a £6.5 billion hole in Britain’s already overstretched public purse.

Shops across the UK have been forced to close

A survey by the Business Banking Resolution Service (BBRS) found 43 per cent of borrowers do not intend to give back cash taken out through the Bounce Back loan programme, according to The Telegraph.

The scheme – brought in to help businesses forced to shut up shop during lockdown – gives cheap loans of up to £50,000 to small businesses across the nation with minimal credit checks.

Chancellor Rishi Sunak announced that if businesses fail to pay back the loans 100 per cent of the losses will be paid for out of public coffers.

Thousands of firms who took money through the scheme could wind up in court to be chased for the loans and many more will fold even with the massive spending Mr Sunak has brought in to keep businesses afloat.

27 per cent of businesses in the survey said they did not believe they would be chased for the debt and a further 16 per cent warned they would not be in a strong enough financial position to pay it back.

Banks, who were ordered by ministers to hand out loans for the Bounce Back scheme, could wind up with unsustainable debt because businesses did not have to go through the same rigorous credit checks.

Chairman of BBRS Lewis Shand-Smith said: “The Business Banking Resolution Service will not have access to a ‘magic wand’ to wish away unpaid loans.”

Lenders have been told they should pursue firms which default on loans just as forcefully as if they were regular loans.

A spokesman for banking trade body UKFinance said: “It is important to remember that any financing provided under the government-backed schemes is a debt not a grant and will need to be repaid in full by the borrower over the term of the loan.

“All businesses should consider carefully their repayment obligations before completing an application.”

According to data from UKFinance, £22billion of loans have been given out to almost half a million businesses through Government schemes since the start of the crisis.

Over £14billion has been handed out through Bounce back loans and another £7billion through the Coronavirus Business Interruption Loan Scheme which is aimed at slightly larger firms and has stricter rules.

The Government could wind up paying almost £6.5 billion of the loans out at the taxpayers expense as national debt is expected to balloon to £300billion by the end of next year.

He said: “If the BBRS survey is anything to go by, a great number of its recipients do not expect or even intend to pay back, and given the banking sector has little skin in the game, we might not expect the bankers to be knocking on their doors asking for money back.

“If the government ends up being the creditor, I am doubtful that it will want to turn into the demanding bailiff to hundreds of thousands of hard-pressed entrepreneurs.

We won’t know for a few years, but I would be surprised if the great bulk of these loans are repaid in full.” Stray: Every safe code in The Slums and the mysterious password