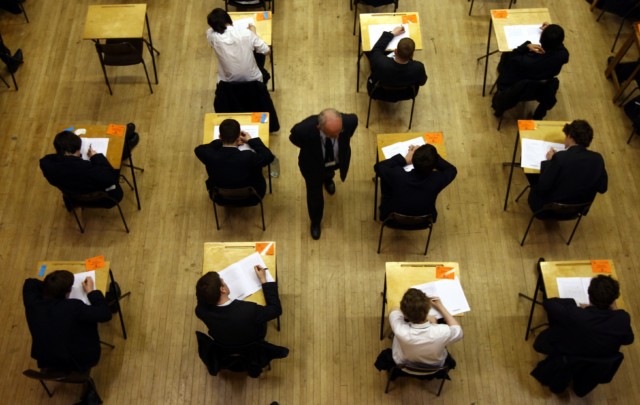 ONE in five kids are not doing ANY schoolwork at home or less than an hour a day, shocking new research reveals.

It comes as ministers sparked fresh fury tonight after announcing millions of teens will only get one meeting with their teacher in six months.

Most kids are spending just 2.5 hours a day working

The UCL study found a staggering 2.3 million children across the UK are hardly doing any schoolwork at all in the lockdown.

Nationally, kids are spending on average just 2.5 hours a day working – around half of what was previously thought.

The schools shutdown is “tragically” fuelling educational divides, with poor kids and those in the North East losing out most, researchers said.

But it is a “threat” to the education and life chances of an entire generation of kids, the study found.

Tory MP Robert Halfon, boss of the education select committee, said: “We have got to get our children learning again.

“These children, particularly the younger ones, are missing out on the most important parts of their lives and we are damaging their life chances in a huge way.

“We need to get these kids back on the educational ladder of opportunity.”
Professor Francis Green, the study’s lead author, said it paints a “gloomy picture of lost schooling”. He said:  “Everyone is losing out in this generation, some much more than others.

“Better home schoolwork provision, and better still an early safe return to school for as many as possible, should now become a top priority for government.”

The study of 4,559 children, found massive regional and class divides in the amount of schoolwork kids are doing in the lockdown.

Children from London, the South and the East of England and in Northern Ireland spend the most time on their schoolwork, kids in the North and Wales the least.

Children on free school meals are missing out the most, the study found.

While one in five free school meal children do not have access to a computer at home causing “considerable harm” to their studies in the lockdown.

Just 7 per cent of other children don’t have a computer.

Private school kids are missing out the least, with 31 per cent getting four or more lessons a day compared with just 6 per cent in state schools. Kids are returning to the classroom slowly

Today it was confirmed that if primary schools can accept more pupils they shoul do – but as long as they stay in classes of 15.

Schools will have the final say on whether to get more kids to return.

Meanwhile, secondary schools reopened yesterday for Years 10 and 12 pupils, but all other year groups have been told to stay at home.

Fresh Whitehall orders also say secondary schools only need to get other pupils in for one meeting “where possible” before they close for summer.

The Department for Education guidance states: “This time can be used to check-in on pupils, and ensure they are supported before a return to school from September or moving into employment or the next stage of education.”

But furious education experts warned desperate teens face a “lifetime of damage” unless they are urgently given more support.

Lee Elliott Major, professor of social mobility at the University of Exeter, urged Downing Street not to leave pupils languishing without help.

He said: “We should strive to ensure pupils benefit from at least some face-to-face time once a week, for their wellbeing as much as their academic studies.

“The fear will be that they suffer lengthy learning loss which can cause lifetime damage.”

The Government says it cannot send more year groups back to secondary school before the summer because Covid infection rates are too high.

The lockdown means most teenagers will go a staggering six months with no face to face classroom teaching.

Children’s Commissioner Anne Longfield has warned some will drop out of school altogether because of the shutdown.

Plans to reopen secondary schools in September rely on Covid infection rates being driven down, the PM has said.

And many fear classrooms could stay closed if England is hit by a second Covid wave this winter. The Department for Education said they will do ” whatever we can to make sure no child, whatever their background, falls behind as a result of coronavirus”.

Education secretary Gavin Williamson will this week announce details of the “big summer of catch up” for pupils.

The study came as ministers were under mounting pressure to stump up the cash to provide poor kids with free school meal vouchers through the summer.

Football star Marcus Rashford penned an open letter urging the PM to continue providing the food, which is a lifeline for many families.

But the government says it will not U-turn on the decision.

The Prime Minister’s official spokesman said: “The PM will respond to Marcus Rashford’s letter as soon as he can – he has been using his profile in a positive way to highlight some very important issues.” Did you miss our previous article…
https://www.hellofaread.com/politics/38-police-officers-injured-in-utterly-indefensible-hooliganism-blasts-priti-patel/

Britain’s Got Talent hit by more controversy after furious fans complain to Ofcom about...

Boris Johnson apologises for No10 party – what happens now?

Royal Family news latest – Queen WILL continue with relatives at her side, as...