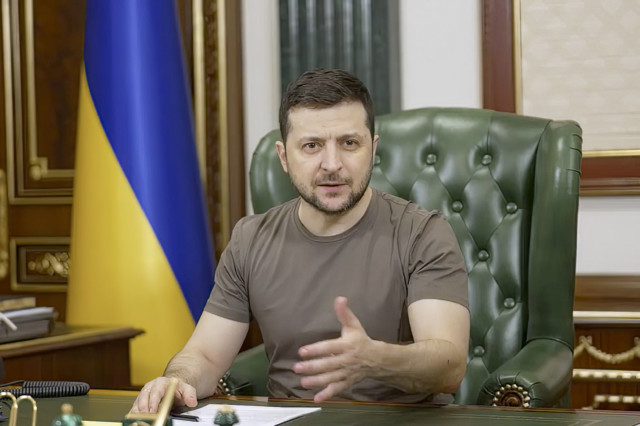 VOLODYMYR Zelensky has admitted Ukraine may never join Nato in a key concession that could pave the way to peace.

The president admitted potential membership of the defensive alliance was now in doubt, meeting a main demand of warmongering Putin.

President Joe Biden will fly to Europe next week for US face-to-face talks with EU leaders and an extraordinary Nato summit in Brussels.

But Mr Zelensky, who backed membership before Russia turned his nation to rubble, is now said to have “cooled” on the idea.

And in a video call with his military yesterday, he said: “Ukraine is not a member of Nato.

“We have heard for years that the doors were open but we also heard that we could not join.

“It’s a truth and it must be recognised.”

He said negotiations on a potential ceasefire were going “pretty good” amid claims Russia has softened its stance and stopped airing demands for Ukraine to surrender. Yet heroic Ukrainians refused to buckle on the 20th day of the war with one politician vowing to “grind” the Russians until Putin admits defeat.

Love Island fans disgusted as Callum picks his nose with his sock before putting...