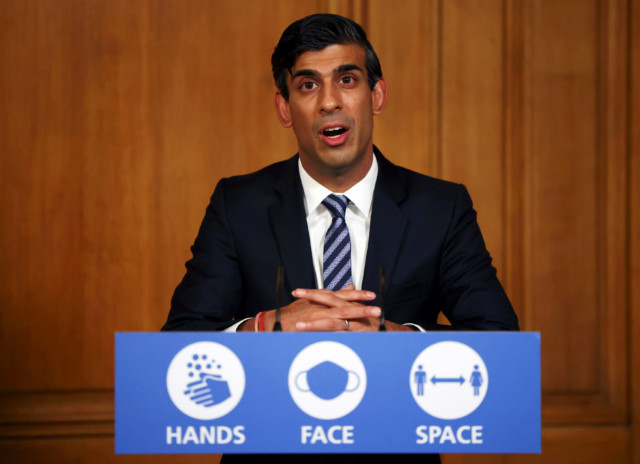 THE restaurant where Rishi Sunak once worked as a waiter is offering free lunches to kids over the half-term holidays.

Kuti’s Brasserie in Southampton announced it will offer free hot meals this week following the Government’s refusal to extend its meal voucher scheme for the week-long school holiday. The Chancellor did shifts “for fun” at the restaurant as a youngster.

And his family dine there every Christmas Eve, according to the owner.

But Mr Sunak is said to be the key internal government figure refusing to cave in to pressure to extend free school meals to feed 1.4 million deprived kids outside term-time.

Kuti Brasserie is one of hundreds of restaurants, cafes and other businesses across the country who have stepped in to offer free meals to kids during the school holidays following Marcus Rashford’s campaign.

It wrote on its Facebook page: “Following the governments decision not to extend the meal voucher scheme, Kuti’s Brasserie will be offering free hot meals to any child from 12-2.30pm over half term to support the community in Southampton.”

Earlier this year the restaurant owner Kuti Miah said he had known Mr Sunak since he was two months old and he did some shifts as a waiter because he enjoyed meeting people. Rashford’s campaign to provide free school meals during the half-term break has been backed by 100 councils, restaurants and more than 760,000 people who signed a petition.

The PM and his Chancellor gave in to Rashford’s last free meals campaign in June, later rewarding him with an MBE.

But they believe Rashford’s demands go too far and are reluctant to have government policy dictated by a footballer. Did you miss our previous article…
https://www.hellofaread.com/politics/warrington-tier-3-lockdown-town-to-enter-higher-restrictions-from-midnight-tonight-as-nottingham-still-on-the-brink/

12 stocking fillers under £5 from small businesses