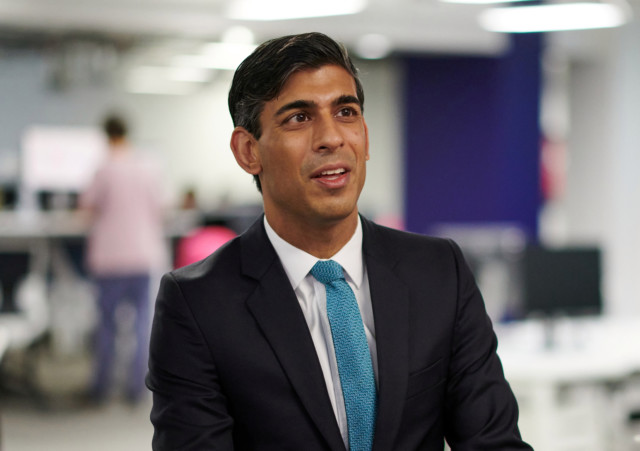 He is expected to target measures at pubs, bars, restaurants and their workers in areas under Tier 2 restrictions, which are classed as ‘High Alert’ Covid hotspots. There is currently a major gulf in financial support between Tier 2 and Tier 3 areas.

Only companies in Tier 3 that are forced to close have access to the Job Support Scheme that sees the Government pay two thirds of their workers’ wages.

But the state only pays 22 per cent of the wages of staff under the scheme in all other areas of the country – and they must be working at least a third of their normal hours.

Hospitality firms in Tier 2 areas have seen their trade fall off a cliff due to the ban on people meeting different households in all indoor venues.

And with more and more areas falling in to the ‘High’ alert level such as London last week, the Chancellor has concluded more financial support is needed.

Mr Sunak is today expected to announce that firms hit by Tier 2 restrictions such as pubs, bars and restaurants will get two thirds of wages paid for by the state. Currently, only companies in Tier 3 that are forced to close have access to the Job Support Scheme But he will keep in place the requirement for staff to work for at least a third of their normal hours.

That will ensure the scheme only supports “viable” jobs that are likely to outlast the pandemic.

The Chancellor does not want to prop up the wages of workers who are likely to be made redundant because he wants them to be able to retrain and find other lines of work.

Mr Sunak was also said to be considering expanding the eligibility criteria for business grants, which are currently only on offer to businesses forced to close altogether.

The grants are worth £1,500 every three weeks for larger firms and £1,000 for smaller entities.

Meanwhile last night posh Mayfair restaurant The Wolseley said they would accept bookings from two households – but only for a business lunch.

The eatery, a favourite with celebrities like David Beckham, Kate Moss and Madonna, said they are accepting work bookings but admitted Tier 2 rules are confusing.

The restaurant tweeted: “We are all finding the Tier Two rules bewildering and whilst social occasions need to be from a single household, BUSINESS MEETINGS ARE ACCEPTABLE within the rules.

“So, we wanted to let you know, we are proceeding with business bookings from different households.”

Did you miss our previous article…
https://www.hellofaread.com/politics/priti-patel-rejects-her-own-immigration-advisers-calls-to-open-britains-borders-to-cheap-foreign-brickies-after-brexit/

Lewis Capaldi says he had ‘electric’ sex with Love Island’s Paige Turley so much...

Who is Thom Evans? The X Factor: Celebrity star and former rugby ace who...