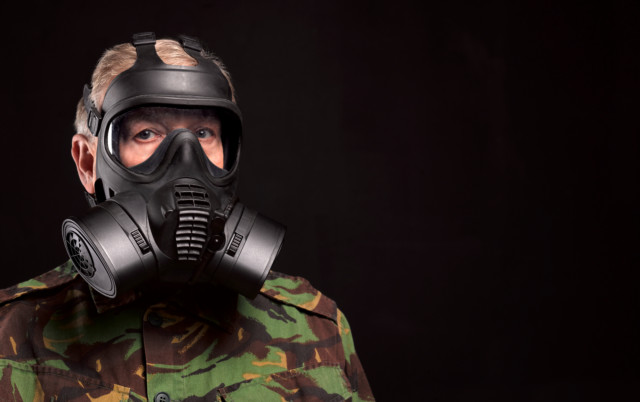 TERRORISTS could wage war on the West with grim bioweapons after seeing the catastrophe caused by Covid, Tony Blair warned today.

The former PM said it was no longer “the realm of science fiction” that Islamist extremists could attack with bugs.

Terrorists could strike with bioweaponsTony Blair speaking in London today

In a speech at the RUSI think tank marking 20 years since the 9/11 attacks, he said: “Covid 19 has taught us about deadly pathogens.

“Bio-terror possibilities may seem like the realm of science fiction. But we would be wise now to prepare for their potential use by non-state actors.

“Islamism, both the ideology and the violence, is a first order security threat; and, unchecked, it will come to us, even if centred far from us, as 9/11 demonstrated.

“Mr Blair – who first sent British troops to Afghanistan in 2001 – said there would always be a need for “boots on the ground” in the Middle East.

As Labour PM at the time of the 9/11 attacks in New York, Mr Blair came under heavy criticism for following George Bush first into Afghanistan and then Iraq.

Foreign Secretary Dominic Raab says the UK won’t formally recognise the Taliban, but has opened up a dialogue. Did you miss our previous article…
https://www.hellofaread.com/politics/boris-johnson-to-defy-furious-tory-rebels-and-ram-through-promise-breaking-tax-hikes-to-fund-social-care/

Emmerdale’s Danny Miller in shock return as Aaron – and he’s already back on...