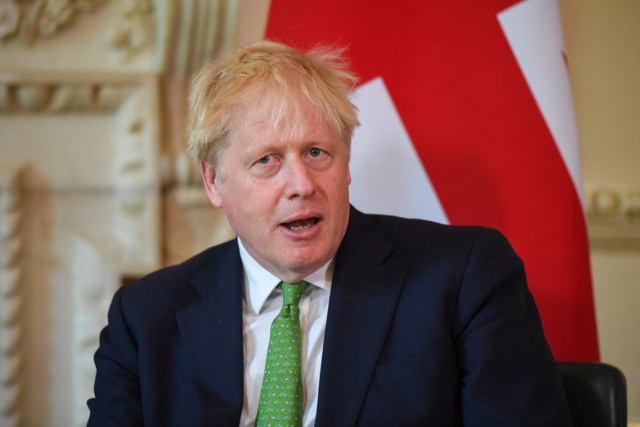 TORY rebels have launched a cunning ploy to force a fresh leadership vote — without tearing up the party’s rulebook.

They are rallying support for a new mechanism to topple the Prime Minister in addition to the existing one.

Plotters unveiled their masterplan in a bid to win control of the powerful backbench committee which could decide Boris Johnson’s fate.

Under current rules, letters are required from 54 MPs to trigger a confidence vote.

If the leader survives, another attempt cannot be mounted for a full year.

Rebel leaders vowed to keep the rule in place but add a new clause which allows an earlier challenge if the higher threshold of 90 letters is reached.

They claim the plan is appealing to strait-laced Tories who believe it would be unjust to demand a second vote four weeks after Mr Johnson had survived one.

THE SUN ON SUNDAY SAYS

Boris must turbocharge the economy and win back trust of voters Leadership hopefuls report a “distinct change of mood” since the double drubbing in the Wakefield and Devon by-elections last month.

One would-be challenger said: “There has been a sharp increase in the number of MPs knocking at my door in the last week or two.

“More people are beginning to think about life after Boris.”

The tweak is being pushed by enemies of the PM attempting to seize control of the influential 1922 backbench committee.

One said: “There is a settled view now that the Prime Minister has to go sooner rather than later.

“The two election defeats have convinced many waverers a change is required. But they have a sense of fair play and want to stick by the rules. What we are offering doesn’t change the rules.”

They added that their colleagues “know we can’t afford to wait until next June for another vote”.

Tories standing for election to the committee say they will keep the rule of one vote a year with letters from 15 per cent of their MPs.

But they will add a new rule offering a vote every three months if 25 per cent write in.

An insider said: “The level of discontent is so high I reckon we’d get the 90 letters required in a flash.”

Sir Graham Brady is expected to retain chairmanship of the 1922 but a massive lobbying operation is underway for the other 17 seats on its executive committee.

Rebels suspect the PM is trying to place allies in the race so are fielding ten strong candidates in a bid to seize balance of power. The new 25 per cent rule could be in place just before Parliament breaks up for summer if rebels bag enough seats.

Failing that, they have their sights on the party’s autumn conference in Birmingham, when there is “major scope for an upset”.

Brits who self isolate over coronavirus will get sick pay from day ONE, Boris...

I’m A Celeb star Jessica Plummer says she’s dreading having to strip off for...