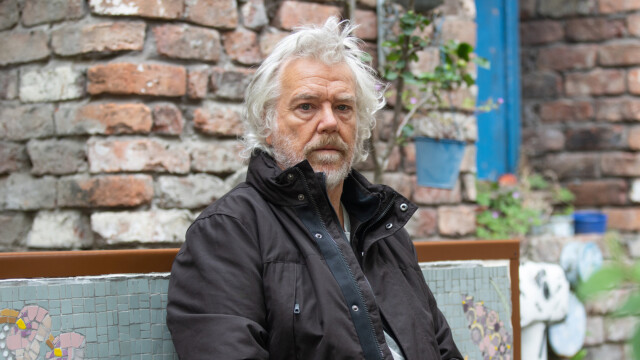 The formerly homeless veteran – who is played by actor Bill Fellows in the ITV soap – was exposed as a murderer of the young woman last week.

In tonight’s episode he was found unconscious having tried to drink his problems away.

But in hospital he told Kelly Neelan that he didn’t kill her – even though he had confessed.

It inspired Kelly to visit Yasmeen and beg her to hear Stu out – but when Yasmeen went to the hospital, it didn’t play out that way.

“Save your apologies,” Yasmeen said, hardening towards Stu.

“I only came to say how dare you get Kelly to do your dirty work for you.

“You knew how vulnerable I was and you took advantage.”

“You may have filled Kelly’s head with your nonsense but you don’t fool me,” she added.

“You confessed to it, Stu. You held your hands up and you said you did it. Even your daughter thinks you did it.

“How gullible do you think I am? Well I am not and that is what I came to tell you.

“I will never be duped by some despicable man again.”

Stu was left devastated and later made a decision when Kelly came to visit him.

Deciding he was better alone, he told Kelly he didn’t want her near him – and insulted her until she left.

Fans are heartbroken for him and convinced he didn’t kill the young woman.

One wrote: “Bet Kelly is going to prove Stu is innocent #Corrie.”

Another fan shared their theory for his innocence, saying: “I reckon Stu’s daughter either killed the girl or Stu thinks she did and that’s why he confessed.”

A fourth said: “We’re not stupid #Corrie writers, we all know #Stu didn’t kill the girl, the real story is who is he covering for?”

The soap fan added that they’re convinced Stu must be covering for his daughter or his ex-wife.

Kelly has been Stu’s biggest supporter

Coronation Street continues on Wednesday on ITV at 8pm.

Emmerdale spoilers: Cain Dingle hides a letter from Robert for Aaron as they are...

Brits warned to limit socialising this Christmas amid Omicron spread

Brits set to be packed back into football stadiums and theatres from June 21...