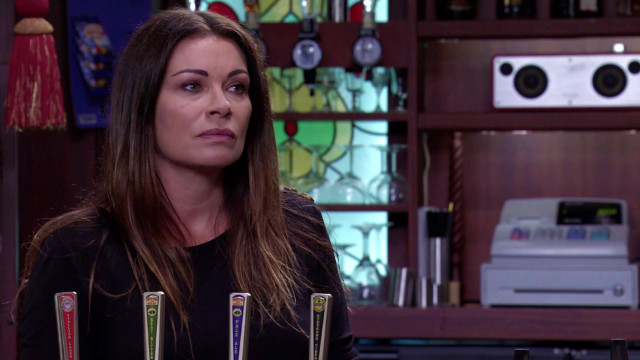 CARLA Connor is left heartbroken next week in Coronation Street when Peter Barlow lies about Abi Franklin making a move on him.

Recovering drug addict Abi – who is played by Sally Carman in the ITV soap – fell off the wagon after stealing morphine to manage the pain following a gruesome accident at work.

And viewers watched her ex Peter, who has battled his own alcohol addiction in the past, jump up to help her avoid temptation.

But when Carla got wind of Peter’s visits to Abi, she reminded him that Abi was in love with him not long ago and warned him to be careful.

Next week’s episodes of Coronation Street will see Carla intrigued when Jenny mentions that Peter has been calming down Abi.

Later, when Carla quizzes him about Abi, Peter insists that he’s told her he won’t help her anymore. Carla tells Peter that she hopes Abi has got the message that he isn’t interested.

Later, Peter asks Abi to keep the fact that she made a pass on him under the radar – and Abi promises to keep it quiet.

But it all kicks off later when Debbie corners Peter and orders him to keep his distance from Abi – and threatens to tell Carla that he’s been on the prowl. Peter and Abi insist they’re not having an affair Peter has a go at Abi for telling everything to Debbie and decides he better tell Carla about the incident before Debbie does.

Peter agrees to keep it a secret from Carla, before telling Abi he appreciates having her in his life as she understands his addiction demons.

Later in the week, after telling Debbie and Kevin that she’s spending the day with Seb, Abi is annoyed to remember she has a physio appointment.

Rushing into a cab, Abi is shocked to see that Peter is her driver.

Mary later mentions to Debbie that she saw Peter and Abi driving off together, leaving Kevin’s sister suspicious about what’s going on.

When Kevin gets home, Debbie reveals that Abi is having an affair.

Later, Abi and Peter try to convince Carla and Kevin that nothing is going on.

But when Abi is forced to reveal she made a pass at Peter, Carla accuses Peter of preying on a damsel in distress.

Did you miss our previous article…
https://www.hellofaread.com/soap-opera/eastenders-fans-break-down-in-tears-as-evil-gray-catches-chantelle-planning-to-escape-with-kheerat/

Army to lead battle to go green and will become even MORE efficient, top...