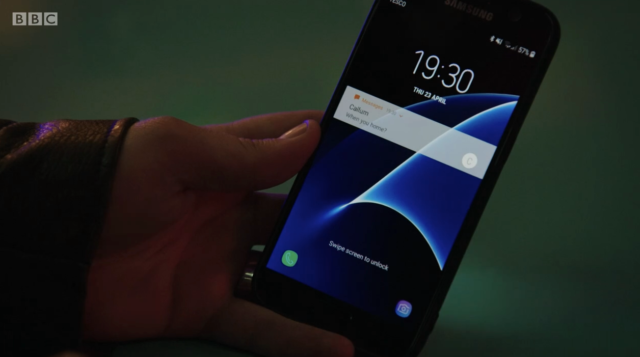 EAGLE-eyed EastEnders fans spotted an epic blunder as they tuned into Monday night’s episode, which focused heavily on Ben Mitchell.

The glossy special saw all action filmed from the perspective of the wayward lad, who drunkenly blundered into dad Phil’s criminal scheme with tough-nut Danny Hardcastle.

EastEnders made an epic blunder during Monday night’s episode

As the BBC soap turned into a small-screen gangster movie, Ben was left totally deaf from a gun blast – but that wasn’t the only thing shocking about Monday’s segment.

As well as Ben being injured, he also appeared to have gone back in time – if the date on his mobile phone was anything to go by.

Earlier on in the episode, Ben was seen having an alcoholic drink and when he glanced at his smart phone, the camera panned to a close up of the screen. Above a message from his boyfriend from Callum Highway, which read: “When you home?”, the date said Thursday 23 April – despite the episode being aired on June 1.

Of course, soaps are filmed a few weeks in advance but the dates being over a month out are due to the fact that episodes have been held back.

BBC bosses were forced to decrease the amount of EastEnders episodes shown per week due to the global coronavirus pandemic. Filming was suspended in March as the UK government announced lockdown, but it is hoping to resume by the end of June.

This week, controller of BBC drama commissioning Piers Wenger revealed how coronavirus will feature in EastEnders once filming resumes.

Speaking to Radio Times about the soap resuming production, Piers said: “Some soaps in other countries have carried on filming during social distancing – cheating the camera angles or editing together actors filmed separately. So there are ways round it.” He continued: “EastEnders is set in a version of the here-and-now, so it won’t be a Covid-free Walford – there will be social distancing and so on – but we may not dwell on the virus and make it the heart of the story. I’m unsure about that.

“I think people watch a show like EastEnders for the characters and their relationships. So, Covid-19 will be there, but it won’t be the only thing happening in Albert Square.”

However, the London-based soap is due to go off air in just two weeks’ time as the cast still haven’t returned to filming. While Emmerdale has already resumed production, and Coronation Street is set to next week, EastEnders stars still don’t know when they will return to set.

HOAR Online previously revealed that the BBC One soap will run out of episodes this month, and an insider has now confirmed that the end date is sooner than fans may have hoped.

The source explained: “It’s due to go off air on 16 June. Talks about when the cast are returning to set are ongoing.” Wales ‘set for second firebreak lockdown from December 28’ as Covid cases rise ahead...