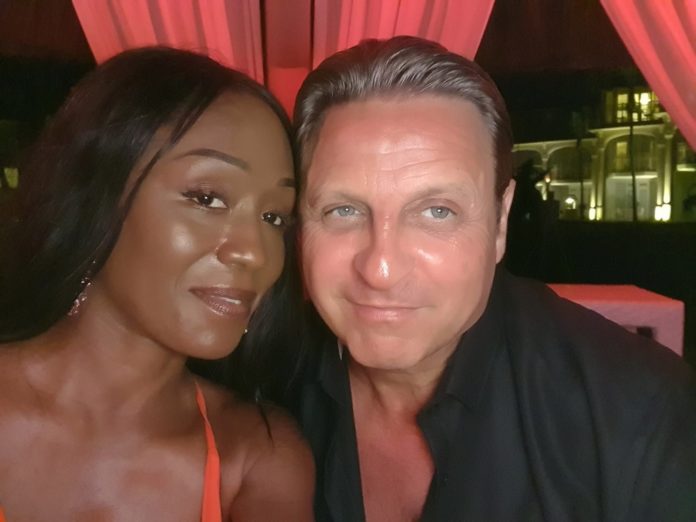 EASTENDERS actress Diane Parish has revealed her engagement during lockdown.

She and boyfriend Gerry Zucarello announced the happy news to their friends and family over the weekend on social media.

Diane, 50, who has played Denise Fox for 12 years, has been dating father-of three Gerry, 52, for three years.

She has two daughters — Kaya, 12, and Kenya, 14 — from a previous relationship with her former partner, IT specialist

Sebastian Parish. She is hoping to tie the knot as soon as possible with twice-married Gerry, who works for Porsche.

A pal revealed: “Denise and Gerry met through pals and have been quietly dating for three years. Diane is famous for playing Denise on the BBC soap

“Gerry said he and Denise were engaged after they had been spending time at home during the lockdown.

“Denise was close to marrying her ex, so has been wary about this engagement — but is loved up and on top of the world.

“She is enjoying having time on her hands to plan the wedding.

“She is thinking about a small, intimate ceremony involving all their kids and close friends.” Earlier this month, EastEnders bosses announced filming of the soap was cancelled until further notice due to coronavirus.

The BBC has halved showings of the Albert Square show to two episodes a week so it can continue to be on screens for as long as possible. I’m a debt expert – four things you should if bailiffs come to your...

Dig deep like Simon Cowell and you can help sick children in hospital this...