The 29-year-old – who played bad boy Keanu Taylor – ditched his character’s tracksuits and close-cropped hair to go topless on a luxury holiday.

It was the end of a beautiful day in Rhodes where Danny went for a dip in the sea before enjoying a fruit platter and cocktails on the beach.

Danny has been making the most of relaxing on his lavish holiday.

He looks worlds apart from how he dressed in the BBC soap, which he starred in 288 episodes.

Since quitting EastEnders in 2020, he’s been enjoying taking his next steps as an actor outside of soap work.

Announcing his EastEnders’ departure at the time, Danny said: “It has been a joy to play Keanu Taylor for the last two and half years.

“I have been blessed to work with the most fantastic creative team and I will miss them and my fellow actors immensely.

“EastEnders will always hold a special place in my heart and I will continue to be an avid fan.” 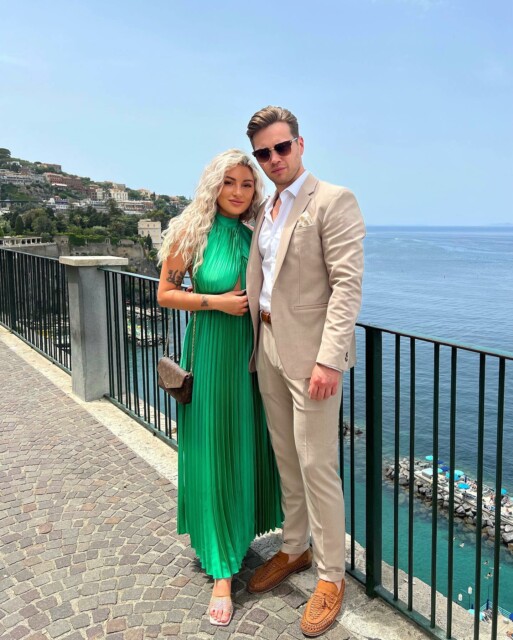 Danny with his girlfriend Maddi
Did you miss our previous article…
https://hellofaread.com/soap-opera/coronation-street-fans-convinced-toyah-battersby-is-going-to-prison-as-her-murder-trial-wraps-up/