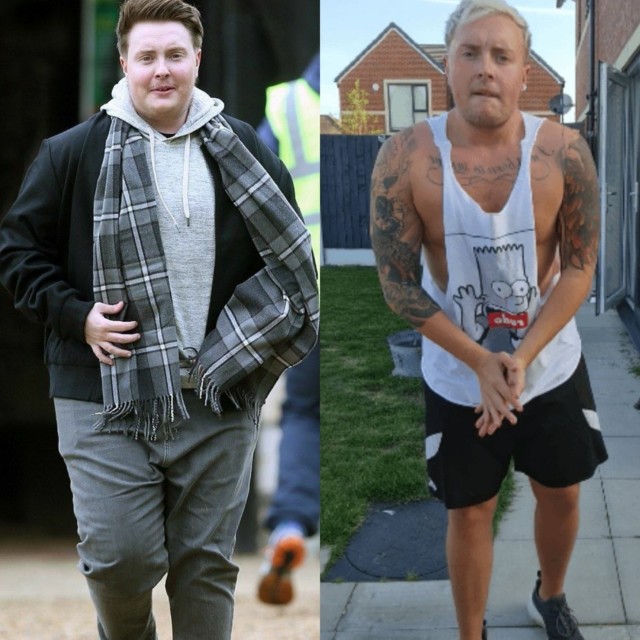 EASTENDERS star Riley Carter Millington showed off his incredible weight loss – looking very different to when he starred in the show.

The actor – who played Kyle Slater on the popular BBC soap – took to Twitter to display all of his hard work with a before and after snap which left fans shocked.

He captioned the post: “Don’t say you can’t change. Because you can. It can take time but you will get there.

“I’m still on my journey but loving me more each day. #happy #Loveyourself #weightlosstransformation.”

His 21.8k followers were amazed by how great he looks.

One replied: “What a journey so far! You look fantastic! X”

Don't say you can't change. Because you can. It can take time but you will get there. I'm still on my journey but loving me more each day.#happy #Loveyourself #weightlosstransformation pic.twitter.com/YuLeAb4e5C

A second said: “What a transformation, you are such an inspiration. Keep up the hard work.”

The 25-year-old made history when he was the first transgender actor to play a trans character in a British soap five years ago.

Riley joined the Square in 2015 as Stacey Fowler’s long lost half brother and left for a job in France a year later. Riley has totally transformed his look over the years He then started his weight loss journey with an extreme boot camp – where he lived off 400 calories a day for TLC’s Celebrity Fat Fighters.

The celebrities were put through their paces by Russian taskmaster Galia Granger during the three part series.

Her strict fat fighting method started with her breaking down her clients before pushing them to their limits – saying to those who try and back out: “Resistance is futile.”

Back in February the star shared that he wanted to gain muscle and definition with his body after shedding the pounds.

He captioned the post: “Muscle gain and definition is my next long term goal.

“Hard work ahead again but will definitely be worth it. If I can get from the left pic to right, then I can do the next”

Over the past eight weeks in lockdown, Riley has been keeping his fans updated with what he’s been up to on social media.

Riley has also been keeping fit in his garden and videoing TikToks with his family and has written a poem about the current pandemic – “One This Is Over.”

Sir Keir Starmer is going BACKWARDS in the polls and even losing ground with...