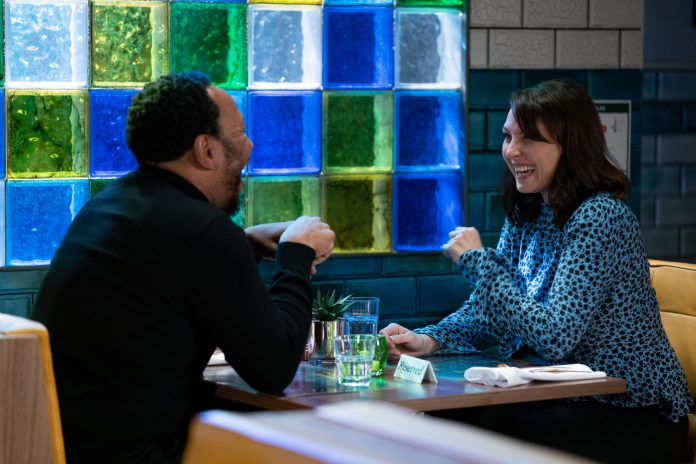 HONEY Mitchell’s confidence takes a battering after she overhears Mitch Baker making scathing comments about her while they are on a date.

Honey is struggling with her eating disorder following her destructive relationship with cheater Adam Bateman.

However, things look like they are on the up when Mitch asks Honey on a date, though once they’ve sat down he questions why she has ordered a salad.

Unfortunately, the line of questioning upsets Mitch and later on in the date she overhears him sharing harsh words about her to Bernie Taylor.

Honey runs off and then binges on food, before being interrupted by Lexi, Janet and Billy.

Later on, during the pageant for the kids, Honey sneaks off to the toilet but doesn’t know Janet has followed her in.

Billy notices that Janet and Honey are both missing, only to find Honey being sick in the toilet with Janet outside.

Janet ends up winning the pageant but Billy is still angry, and questions Honey about her parenting skills.

Trying to hide the truth from her ex, she makes food for herself and the kids while Billy is there.

Billy tries to reason with her, but Honey rubbishes his claims and insists she had food poisoning following a date with Mitch.

This doesn’t convince him and he asks Mitch about the date, only to find she ordered a salad.

Later on Lola finds Billy researching eating disorders, so he confides in her. Billy is then determined to help.

But can he help her in time?

Matt Hancock told to ‘dramatically’ ramp up ‘inadequate’ coronavirus testing as 200k is ‘not...

How I won back £3,500 in council tax overpayments using a simple online form