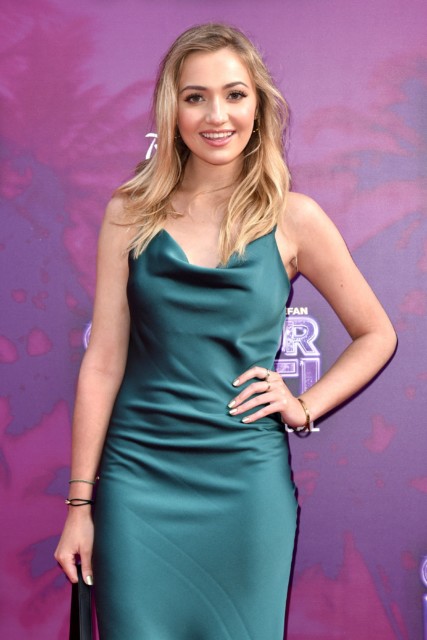 PSYCHOLOGICAL drama You will be back for a fourth series – and this time the US Netflix smash hit is being filmed in the UK.

I can also reveal that lead actor Penn Badgley, who plays murdering obsessive Joe Goldberg, will be joined by a largely British cast made up of several former soap stars.

They include Tilly Keeper, who played Louise Mitchell on EastEnders, Dario Coates, who Coronation Street fans will remember as the son of Kym Marsh’s Michelle Connor, and Eve Austin, who was Tabitha Taylor-Rudd on Emmerdale.

A TV insider said: “This will come as a huge surprise to the millions of fans of the show around the world, who got used to the first three seasons being based in various locations in the US.

“The last thing they would have expected was for the next outing to move lock, stock and barrel across the Atlantic and feature a largely British cast.

“But the producers wanted to provide a fresh take on the show, though Joe will no doubt be going back to his dark deeds when he arrives in London.” Other UK actors taking part include Ed Speleers, who appeared as Jimmy Kent in Downton Abbey and also as Stephen Bonnet in US series Outlander.

But the most recognisable British star will be Sean Pertwee, who is best known for starring in Fox’s Batman spin-off Gotham.

He also provides the gravelly voiceovers on BBC1’s MasterChef: The Professionals.

Filming of the fourth series has just started and is taking place in various locations around the capital, with all the action likely to be in some of the city’s most celebrated landmarks.

KARREN BRADY is glam from the waist up while filming in The Apprentice boardroom – but has revealed she’s often anything but below table level.

Lord Sugar’s assistant said: “Sometimes I have tracksuit bottoms and trainers on, and a smart top.

“I have actually had my slippers on in that boardroom and sometimes they show the camera and you can actually see my slippers in the reflection.”

But BBC1 bosses have pulled her up when they have spotted what she is up to.

Karren revealed: “I was told, ‘Don’t wear the slippers’.”

Whatever might Lord Sugar have on out of view of the cameras?

WHEN it comes to wannabes battling for a job, Lord Alan Sugar has had the market cornered with The Apprentice.

But a new E4 show swaps business sales for cushions and tablecloths as Fred Sirieix finds his own protege. The First Dates maitre d will recruit ten people and throw them into the world of hospitality for Fred’s Last Resort.

The winner lands a job at a five-star hotel.

A source said: “A glamorous hotel in Southern France with endless sunshine sounds like a luxury break for most.

“But the ten hopefuls won’t be there for a break.

“This is the real Fred, back in the French Riviera where he once trained as a youngster.

“He’ll want to see the same high standards that were demanded of him 30 years ago. Was Rose and Giovanni’s silent dance your must-see TV moment? Voting is on online and you will be entered into a draw to win tickets for the May 8 event. See virginmedia.com/bafta.

Sam Thompson breaks down in tears reading handwritten letter from Zara McDermott on Made...

I’m a budgeting expert – I tried the Japanese Kakeibo method and spreadsheets to...