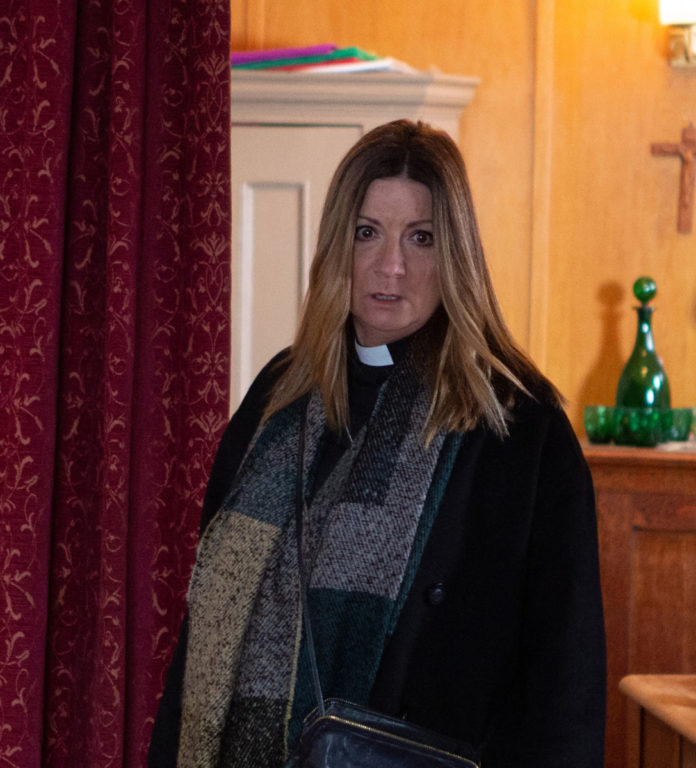 EMMERDALE fans have gone wild as they are convinced Harriet and killer cop DI Malone are harbouring a murky past.

Viewers took to social media to voice their suspicions after her mysterious phone call.

Viewers predicted it was to the cunning DI Malone and that there’s more to their relationship than meets the eye.

One fan of the ITV soap wrote on Twitter: “Will Taylor have a fling with Kim Tate behind Harriet’s back soon when he finds out about Harriet and DI Malone’s history together?”

Another commented: “So Harriet calls Malone about Will and they’ll end up rekindling an old affair or rather banging session.” Is Harriet holding a secret? Will a big secret spill? Tensions rising in the Dales Will Harriet reveal a past with Malone?

A fan inquired: “Will Taylor butter off with Kim Tate and Harriet be with DI Malone? Hope so.”

While another predicted: “Shock twist alert. So Harriet makes a call… who to? Perhaps her foot soldier… Malone. Who’s the real king pin? Harriet the lying vicar as a cover?”

One avid fan pleaded: “I really hope Harriet helps Cain bring down Malone. Harriet needs to be a bigger part of this storyline and I hope there’s a big secret to come out about her and Malone’s past.”

One fan posted: “Harriet and DI Malone got a secret and maybe Harriet is his ex wife or ex girlfriend or they’re brother and sister, or they sill married I can’t wait.”

Another added: “I’m convinced that Harriet is still an undercover copper but Malone is her mark.”

Will Harriet cheat on Will and who is next to leave, return and join the Dales?

Fortnite servers are down ahead of v18.21 Halloween update – here’s what’s in store

Who is Norman Scott, when did he and Jeremy Thorpe have an affair and...