AARON Dingle returned to the Dales just in time to rescue sister Liv Flaherty after she was attacked.

Liv was attacked and knocked unconscious 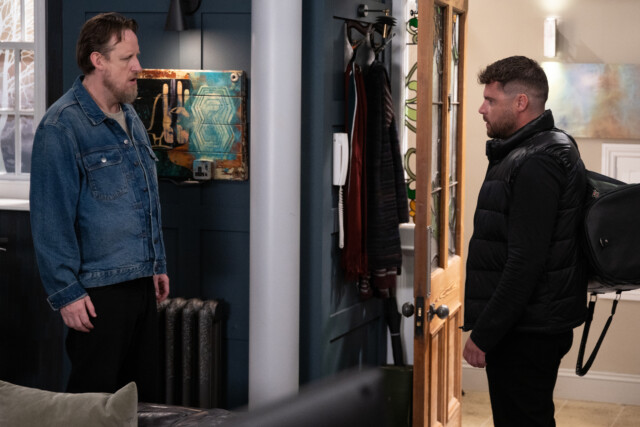 Monday’s episode saw an intruder break into Liv’s home and demanding her to do what he asks.

Liv attempted to call the police and run out the house, but she was thrown to the ground and hit her head.

Before he could make a swift exit, Aaron showed up asking: “Who the hell are you?” noticing Liv is unconscious on the kitchen floor.

An angry Aaron punched the intruder saying: “No one hurts my little sister” before getting torn off him by the police.

Later, Liv is in hospital with husband Vinny by her side who is not pleased to see her returning brother.

Vinny told Aaron: “You’re not wanted here… she doesn’t need you anymore Aaron because you abandoned her when she was on a murder charge.”

He reminded him that he didn’t congratulate her on their wedding day either.

But Vinny replied: “It’s too little too late.”

As Aaron leaves, he revealed to Chas and Paddy that he only came back to make peace with Liv.

Fans were thrilled to see him back in the Dales, with this one tweeting: “I know it’s only for a few weeks but I’m so happy Aaron is back.”

While another said: “I have missed you so much Aaron Dingle!”

This one commented: “Welcome Back Aaron!”

Talking about his return, Danny told the Daily Mirror: “It was nerve-racking and quite anxiety-provoking.

“My wife Steph is absolutely amazing and she always calms me down, which is obviously the reason I married her.

“We always let each other know how we feel, so the day before I went back to Emmerdale, I said to her, ‘I’m feeling really anxious.'”

“I’d thought of staying over in a hotel the night before but I wouldn’t have been able to sleep. I’d have been a nervous wreck because she wasn’t there.

“I’ve just had 12 months off, so my brain hasn’t really been exercised in that way for a whole year.

“It felt like the first day back at school, I even made myself a little packed lunch like a nine-year-old boy and I left 45 minutes early, just to make sure I wasn’t late.

“I built myself up into a bit of a state and had a few butterflies. But I talked it through with Steph and we broke it down.

“She made me realise it was almost like I was just going back to say hello and tie up a few things, and say happy 50th birthday to Emmerdale. I wasn’t going to be there for long, so I should just enjoy it.” 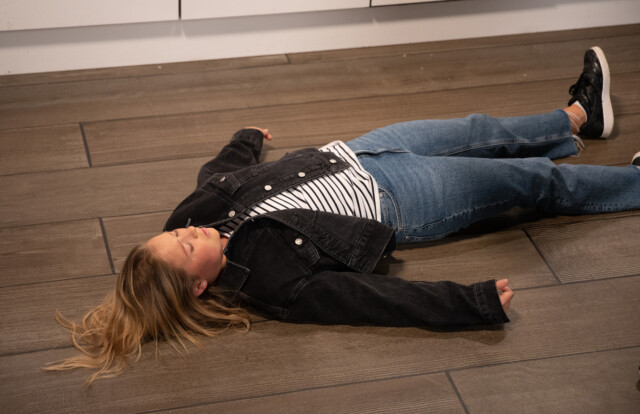 Liv was seen unresponsive
Did you miss our previous article…
https://hellofaread.com/soap-opera/five-huge-hollyoaks-spoilers-for-this-week-2/

New Royal Navy ships must be built in Britain, Liz Truss is warned