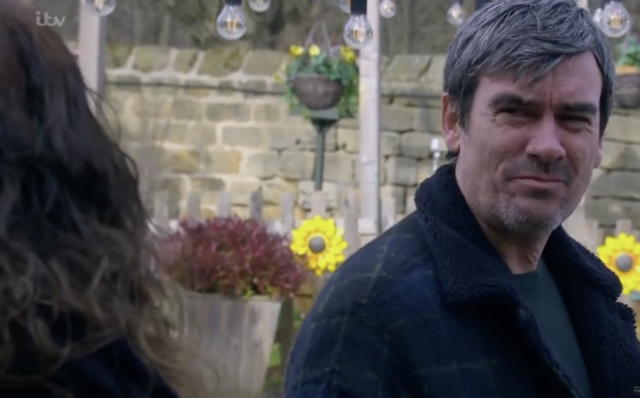 EMMERDALE fans have spotted a clue that either Cain Dingle or Al Chapman will be murdered in the big special dramatic week of episodes.

The boss of the ITV soap Laura Shaw revealed a major week of episodes where the two men’s feud will come to a head.

And in tonight’s episode there was a hint it would end in death for one of them.

The pair silently glared at each other in the pub before Cain was forced to leave by his sister.

Al followed Cain outside and couldn’t resist taking another pop.

As Cain put the phone down on Lydia after promising her he had left the pub, Al said: “Promises promises.” Emmerdale’s Faith Dingle is hiding devastating secret from her family

Cain tried to snap back but Al continued: “You keep plugging away at it, don’t you?

“You know it’s funny, the more you keep trying to derail my life, the better it gets. Come on Cain, don’t let it get to you.

“I’m just glad that Belle finally sees you for who you are. I wonder who’s next?”

“Look at yourself,” Chas thundered as she overheard the spat.

“For God’s sake Cain this has to end before it goes too far.

“I don’t care about Al but if you keep pushing and pushing each other like this, sooner or later one of you is going to end up in a body bag.”

And fans think it’s a clue that one of the men will die.

One wrote: “Cain and Al’s feud is ridiculous, it really is. I can see one of these two ended up hurt.”

A second said: “This is all gonna end in tears, I just know it. Cain and Al really need to pack in before someone gets hurt.”

Another added: I honestly can’t stand this storyline between Cain and Al. This can only end up one way…” Did you miss our previous article…
https://www.hellofaread.com/soap-opera/ryan-thomas-moans-fiancee-lucy-mecklenburgh-is-obsessed-with-their-son-and-never-shows-him-affection/

The Queen overspent by £14.9million last year and had to dip into reserves to...

Costa is offering 50% off all its food in January including the new beanz...

Where are Emmerdale’s missing Dingles now? From reality shows to completely quitting showbiz

Inside Millie Court’s luxurious trip to Thailand with Love Island pal after split from...