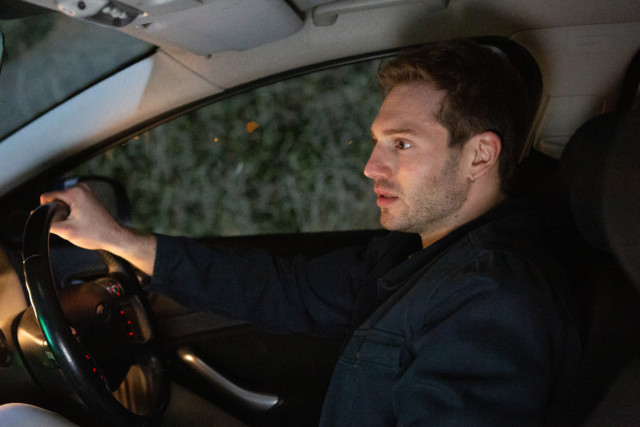 JAMIE Tate tries to track down Andrea at her secret location after she goes missing again next week in Emmerdale.

Andrea disappeared without a trace after exposing her husband’s affair with Belle Dingle.

Emmerdale fans know that Leyla managed to persuade Andrea to come home and leave the hotel she’d been hiding in this week.

But she was distraught to return to the sight of Jamie and Belle in each other’s arms – and announced she couldn’t stay.

Later, Jamie stumbled upon Millie in the kitchen – with Andrea nowhere to be seen. Next week’s episodes of Emmerdale will see Kim encourage Jamie to move on from Andrea.

But Kim is later baffled when she receives an anonymous call.

Later, Jamie sees one of Millie’s pictures revealing that she and Andrea were previously hiding in Take a Vow. Realising that Leyla helped Andrea hide, Jamie storms around to ask Leyla where she is.

But he’s baffled when she tells him she has no idea this time.

Later, Kim tells Jamie about the mystery call she received and Jamie tries to trace it after convincing himself it’ll reveal Andrea’s location.

But could Jamie be walking into something dangerous?

Emmerdale fans were convinced that Andrea was setting Jamie up for murder when she disappeared the first time.

With all the signs pointing towards Jamie, might Andrea frame him for the crime when he arrives at the mystery location next week?

Speaking to Metro.co.uk, actor Alexander Lincoln – who plays Jamie – revealed he doesn’t have much hope for Jamie and Andrea: “With Andrea out of the picture, Jamie has got everything he wants, Millie is back and things are back to normal.”

British troops wounded in action could be denied compensation under new laws meant to...

Hollyoaks cast will work overtime and cancel holidays to get show back on air...