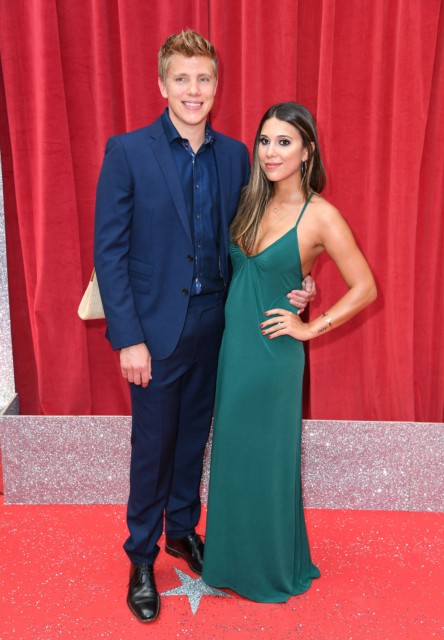 The actor quit his role as Robert Sugden in the ITV soap in 2019 after five years is wanted by fans to make a comeback.

Ryan and his wife Daisy have welcomed a baby

Actress Isobel Steele has spoken about wanting her on-screen brother-in-law Ryan to return to the soap but doesn’t think it will happen due to the happy edition to his family.

Me and Danny [Miller] spoke about this the other day, actually,” she told Digital Spy.

“We do miss Ryan a lot. We were really close when we filmed together.

“When you’re filming every day, you become really good friends.

“We do miss that dynamic and I know that the fans do as well. Robert was sent to prison for murdering Lee Posner

“Hopefully they convince him to come back! He’s just had a baby, so I don’t know how soon he’d be coming back, so fingers crossed.”

Isobel also revealed how she has been surprised at the reaction to Liv being asexual in the soap.

“I didn’t really think that it would be as well-received as it has been,” she said.

“I’ve received loads of messages thanking the show and thanking me for portraying this.

“I didn’t realise how many people it affected, so that has come as a nice shock – that we’re doing good and breaking down barriers.

“That’s what we do as a soap, so I’m really proud to be involved in that. I think the writers have done a brilliant job of not making Liv’s character all about the asexuality.

“They’ve been able to spread it across all of the storylines and let it weave in and out of her life.”

Struggling credit card borrowers to be offered lower payments and £500 interest-free overdrafts to...