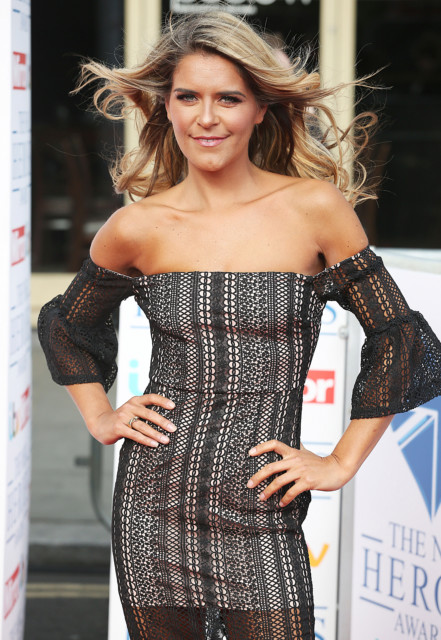 WITH her glowing complexion and a beaming smile, the ex-Emmerdale star Gemma Oaten looks a picture of health.

But aged just 12 she was so gripped by anorexia, medics warn­ed she had just 24 hours to live.

Miraculously, Gemma, now 36, turned her life around and has been raising awareness of eating disorders ever since, something that is even more necessary since the country went into lockdown.

With nearly a quarter of sufferers admitting that being in quarantine has seriously affected their ability to control it, Gemma is working with charity SEED Eating Disorders Support Services to improve what she says is an “under-funded, under-staffed” section of the health system.

She says: “It breaks my heart. I’m getting so many messages on Instagram or Facebook from mums who are begging for help because their daughter’s anorexia has spiralled since the start of lockdown.

“I spoke to a lady whose daughter has since been hospitalised and is being drip-fed. Where’s the help?”

‘I became a prisoner of my own mind’ Due to the Covid-19 crisis, routine appointments are being missed, anxiety levels are ramped up over available foods in supermarkets and more weight-related content on social media has contributed to eating disorders getting worse.

Gemma says: “The system, in my eyes, is not good enough. There’s not enough eating disorder units, there’s not enough understanding among GPs of what the disorder really is. Early intervention is key and it’s still not happening. And that was before lockdown.

“For people with an eating disorder, being in lockdown with family is excruciating as you’re watched all the time. Then there’s the stress of food shopping, with people looking at each other’s baskets.

“I understand people have lost their lives from Covid-19, but there are also the long-term effects on those who haven’t got coronavirus but will potentially lose their lives because of their mental health.”

This is a reality Gemma understands all too well after beginning a complicated relationship with food from the age of ten. She says: “I just restricted my eating completely. I constantly felt fat. It was just a spiral. I became a prisoner of my own mind.”

Despite her deteriorating physical health, Gemma was turned away when her parents sought help as doctors felt her BMI was not low enough to cause concern.

Two years later, aged 12, Gemma was admitted to a child psychiatric unit and told that if she did not eat or drink within 24 hours she would be dead. She says: “With all the waiting lists, by the time someone gets help they’re either at death’s door or the damage has been done.”

Over the next few years Gemma found herself spending more time in hospital than at school. She says: “I would be pumped with calories, drugs and potassium and shipped back out. There was no funding to put me anywhere that was specialised.” Gemma has been raising awareness on eating disorders ever since, especially since the country went into lockdown

It was then that her parents Marg, 68, a former teaching assistant, and her dad Dennis, 73, an accountant, set up SEED.

She says: “I didn’t want anything to do with the charity at first, but I realise now they weren’t just trying to help others, they were trying to understand how to help me. They saved me.”

Despite her parents’ efforts, at 18, Gemma’s condition brought her close to death again. She says: “My eating disorder was always there and waiting to pounce. At 18, it spiralled again and I had a heart attack. A year later at 19, I had a bowel prolapse [when the rectal wall slides out].

“It was horrific, and that was a wake-up call. I couldn’t do it to my mum and dad any more. I saw a therapist two or three times a week and I started to piece my life back together. The misconception about eating disorders is that it’s just about stopping habits. But it’s from the mind.

“It took me another few years to recover and to be able to go to work and start living.” One thing that remained a constant through the tough times was her love for acting. At 23 she applied to study at Drama Studio London.

Within a month of graduating in 2010, Gemma had landed a role on BBC1’s Doctors. A year later, she got her dream job on Emmerdale playing Rachel Breckle. She says: “I knew I had to use my determination to not let my eating disorder ruin my dream. Emmerdale was everything to me.”

Thankfully, Gemma has been in recovery from her anorexia for 13 years. Each day, she has to take a tablet to help her bladder, which was made weak by the bowel relapse. She also takes medication for the damage she did to her stomach, plus laxatives to relieve the pressure on her bowel.

She says: “At 36, these aren’t pleasant things to say, but if that helps people see these are the long-term effects, it’s worth it.” Gemma now lives in Fulham, South West London, with her dog Ruby and is happily single.

She says: “I’m at a place where I’m just really enjoying finding out who I am really. I’m starting to love myself a lot more.”

While she plans to return to acting, for now she is kept busy with her work, which includes speaking to young students in schools for educational consultants PiXL Club and working for SEED.

Gemma says: “It might not be that coronavirus kills us. There’s a strand of mental health problems with lockdown that might trap us or kill us first.”

SEED Eating Disorders Support Services can be contacted on 01482 718130, or see seedeatingdisorders.org.uk. Jonathan Ross’s daughter Honey goes topless on the beach and says her ‘fat a**’...