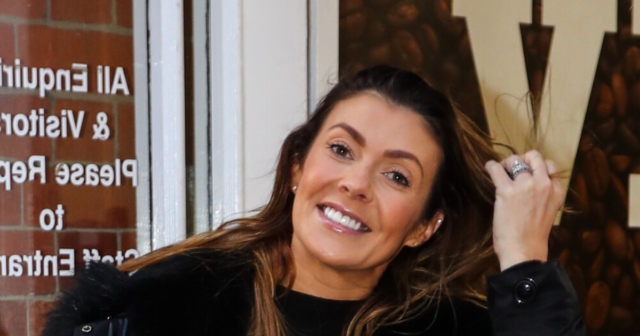 STRICTLY Come Dancing viewers were left furious this evening as it was announced that Kym Marsh wouldn’t be competing tonight – but would be back next week.

Kym, 46, revealed she had Covid during the week and would be unable to compete alongside her pro partner Graziano Di Prima.

Kym and Graziano will be heading straight to next week

Claudia Winkleman and Tess Daly confirmed her absence as the show kicked off this evening and those watching at home were not impressed.

Taking to Twitter to complain, one person wrote: “I know Kym Marsh can’t help being ill, but at this stage in the competition, I don’t think it’s fair that she gets a pass through to next week #StrictlyComeDancing.”

A second said: “Nobody should go this week. Its unfair that Kym Marsh gets a free pass to next week. What if she tests positive again next week???”

While a third commented: “It’s unfair that Kym is getting a free pass to the semi finals first week sure but this far into competition.

“Understandably Covid is no fault of her own but why should someone else lose their place.. There should be no elimination #StrictlyComeDancing #Strictly.”

Kym is set re-enter the competition in the quarter final after it was moved to the earlier date of December 2nd to make room for the World Cup fixtures.

A statement from Strictly this week read: “Kym Marsh has tested positive for Covid-19. As a result, Kym and Graziano will not be taking part in Strictly Come Dancing this weekend.

“Strictly Come Dancing protocols mean that all being well, they will return the following week.”

It comes just weeks after she was forced to miss rehearsals after falling ill.

As well as health struggles, former Corrie star Kym has really struggled with her anxiety on the show.

Just a few weeks ago HOAR told how Kym had even contemplated quitting after a devastating anxiety attack left her frozen with panic and unable to perform.

The incident brought rehearsals to a standstill, and Kym admitted: “It just came over me, almost out of nowhere, and I couldn’t carry on.” 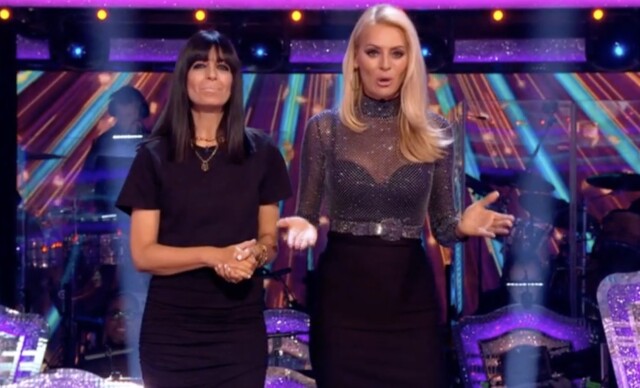 Claudia and Tess announced that Kym would not be performing

Amanda Holden slams ITV over Caroline Flacks death and claims she was thrown to...

Prince Harry has ‘grown his hair long’ and is ‘sporting a ponytail’, his LA...