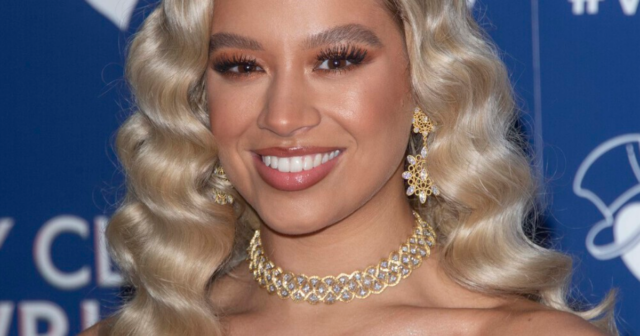 STRICTLY fans have ‘worked out’ the real reason why Molly and Carlos keep ending up in the dance-off.

Molly Rainford and her professional partner Carlos Gu have now been saved three times by the judging panel.

The couple performed a jive to Bandstand Boogie by Barry Manilow 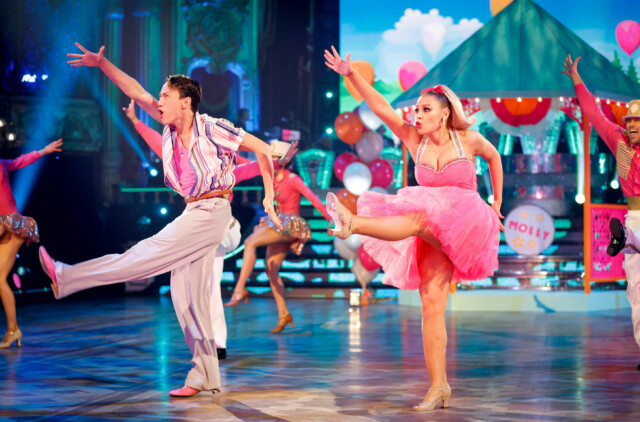 But Strictly Come Dancing fans reckon the reason she keeps getting dumped in the dance-off is nothing to do with her talent.

The pair scored 35 out of a possible 40 placing them joint fourth with Will Mellor and Tyler West in the Blackpool Tower Ballroom week of the competition.

But the public vote saw the couple dancing an energetic jive to secure their place.

Controversial judge, Craig Revel Horwood, expressed he was “finding it really difficult for the first time this season” in deciding who to save, but chose Molly.

Motsi Mabuse also opted for Rainford and Gu, but Anton Du Beke threw a spanner in the works when he voted for West.

Fans rushed to share messages of love and support in defence of the singer’s place.

Many presented their theories about why the children’s TV star has found herself in the precarious position.

One person posted their thought: “She only graduated from stage school a few years ago. This gives her a massive advantage over those with zero dance experience and the older contestants.

“The British public love an underdog who has a ‘journey.’”

Another came to the conclusion: “Because they’re not very popular in the eyes of the public, hence why they’ve been in the dance off a bunch of times.

“As much as it pains me to admit it, Strictly is as much as a popularity contest as it is a dancing competition, and Molly is a non-white young woman who doesn’t have a big following and doesn’t have much to make her stand out. She was doomed from the beginning.”

Others have suggested it is not just Molly’s limited following, but her partner Carlos’.

“With the more established pros they have their own huge fan bases and people vote for them even if the celeb isn’t that good,” they added.

Many people defended the Strictly contestant’s dancing skills and suggested her profession holds her back.

“She’s a strong dancer… And there’s all to her really. She’s not very popular and if she’s on CBBC then her fanbase will be younger children,” one speculated.

Despite divided opinion, it is clear Molly has her own fanbase.

One wrote: “You were amazing and should not have been in the dance off.”

Another commented: “What a flipping journey you’ve had thus far but you and Carlos are absolutely smashing it! I vote every week because you deserve to be there.”

“You shouldn’t have been in the dance off so don’t let it get you down, well done gorgeous girl,” a third agreed.

Since entering the competition, the children’s TV star has praised the show.

She said: “Strictly is definitely bringing out a different side in me, but it was tricky not feeling awkward about being that sensual and feminine.

“Of course, it was important that this dance was more than a sexy rumba — we also wanted to show this romantic story and the passionate side of us.

“But it was great to show the adult side of me and not just be the kid of the competition.

“I am a woman and I’ve always got that feminine side to me. I’ve just never really shown it off before on Strictly.“

However, the decision to save Molly also sparked outrage as viewers felt she did deserve to go.

This feeling was partly due to the amount of times she found herself in the bottom two.

Others claimed Shirley only cast her vote through fear of creating too much backlash.

Somebody tweeted: ” I’m pretty sure Shirley would have chosen Tyler & Dianne in the dance off but was worried about the back lash she’d have got so couldn’t. They were finalists for me! #Strictly.”

Another said:  “Poor Tyler, he shouldn’t have gone. But we all know if Shirley had sent Molly home it would have been twitter saying ‘Oh Shirley hates confident young women ect etc…’ #Strictly.”

“#Strictly Shirley has had stick about over marking Tyler since ep1.. she couldn’t choose him without backlash,” a third agreed.

While one disappointed viewer commented: “Gutted. Tyler’s just so utterly fab. Not to say that Molly isn’t, because she is, but I honestly felt that Tyler would be in the final. Meanwhile, on Twitter sphere, Shirley’s damned if she does and damned if she doesn’t #Strictly.”

One irate fan posted on Twitter: “That was the most outrageous decision in the history of the competition! Tyler was so much better than Molly!!!! I’m completely dumbfounded by what I’ve just witnessed, Anton is the only sensible person on the panel!!!!!!”

“You were the weakest dancer, you should have gone,” another wrote. 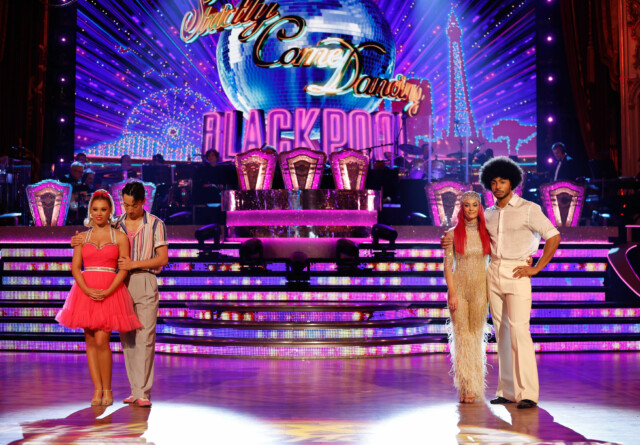 Mask with valve worn by Rishi Sunak ‘worse than not wearing one at all’,...

Netflix’s Too Hot To Handle star Chloe Veitch says the show was like rehab...