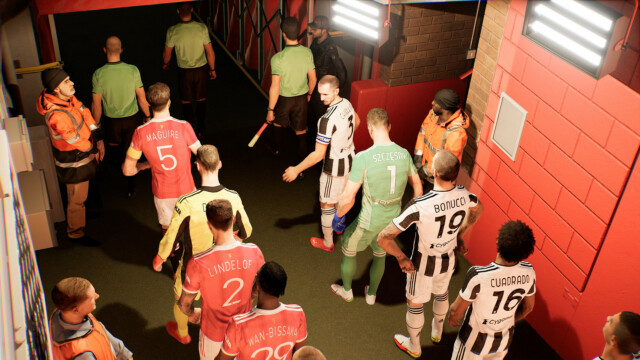 EFOOTBALL is ready to launch the first season for 2023, and it’s bringing some big core players to the game.

The season will launch on August 25, 2022, and brings with it new features.

Players are getting ready for a new season of eFootball.

Alongside Lionel Messi, Neymar, and Takefusa Kubo, who have long been eFootball global ambassadors, two new players will join the team.

Trent Alexander-Arnold, the Liverpool player considered one of the best right-backs in the world, will become an ambassador alongside Portugal’s Bruno Fernandes.

All five of these players have been motion captured so that the movements in eFootball closely follow their real-life actions.

Highlight cards will feature players who are doing exceptionally well in this current season.

Epic players will have a higher progression ceiling than Legendary players, and feature past and present footballing stars.

Recently, eFootball creator Konami has signed a number of big clubs and licenses to appear in the game.

Arsenal, AC Milan, Bayern München, and France’s national team are the latest to sign up to feature in eFootball.

This means that star players such as three times FIFA cover star Kylian Mbappé, has been motion captured and included in eFootball.

These aren’t exclusivity deals so these teams can still appear in competitor FIFA 23.

Managers will also be available for player’s Dream Teams and will boost the team’s overall performance.

eFootball is a free-to-play football game, so players can start to build their Dream Team at any time.

However, all of these changes won’t occur until after the new season’s launch date later this week.

Boris Johnson says getting every child back to school is the ‘most important’ task...