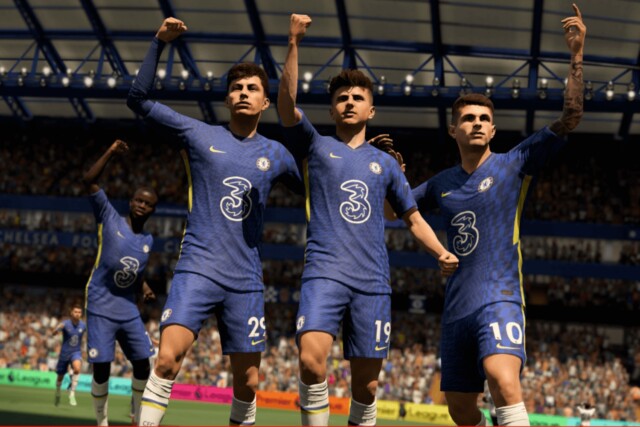 WE still don’t have a date, but FIFA 23’s reveal should be close now.

As it’s set to be the final game in the series developed by EA Sports, which is going to kick off a new football franchise in 2023 separated from FIFA, here’s hoping it’ll wrap it up with a bang.

FIFA 22 was groundbreaking in some ways, but we want more from EA Sports’ last game release under the FIFA license.

Last year’s game was a bit revolutionary on the technical side of things, so realistically we don’t anticipate anything major to come our way, but sure enough, there’s a lot of room for improvement if EA wants to keep up with the pace of fans’ desires.

Here, we’re breaking down five main changes we’d want to see happening in FIFA 23, some apparently at EA’s fingertips, others definitely unlikely to be ready in time for this year’s iteration, and maybe not even in the future. Still worth a try, right?

What used to look like a feature from the future is now a standard in the rest of the industry, and this is the reason why FIFA 23 really has to support crossplay since day one.

The good news is EA Sports has already announced it’s testing crossplay back on FIFA 22, so it definitely seems that, following the footsteps of Apex Legends, the technology is there to make it work.

It’ll be key for crossplay to be featured right at launch, as other EA games like F1 22 have promised post-release support that’s still nowhere to be seen.

Alex Hunter’s three-season run was EA Sports’ attempt at NBA 2K’s story modes, and The Journey still feels like something players have fond memories of.

This is highly unlikely to happen in the final year of the FIFA-EA relationship, as such a “groundbreaking” feature would probably be best kept for a new series’ launch such as EA Sports FC in 2023, but a man can dream.

Codemasters’ F1 franchise did it last year with Braking Point, and will likely get back to it once its two-year development cycle gets completed, so this is something EA already has happening in-house. It’d be a shame to pass on this opportunity.

Once upon a time, free kicks used to be a simple matter in FIFA, but this is not the case anymore. As more and more options were added, the system got overly complicated, to the point it feels just a matter of luck when you happen to score one.

Don’t get us wrong – it’s nice to see all those realistic nuances, but after playing some eFootball 2022, you’d just wish it’d be as easy as that to understand what’s going on. The same goes for corner kicks, where you often feel like whatever you do, the outcome never changes.

FIFA has always been on the arcade side of football games, but FIFA 22 has done a better job in simulating the real game last year, thanks to new animations and player behaviors.

It doesn’t make much sense to ask for the game to completely change its course, and fans should still expect Premier League to be the main inspiration behind this, but it’d be nice to stop seeing faster players run like they’re on roller skates – not just for realism’s sake, but especially to make multiplayer and FUT a little bit more competitive.

Career mode has taken some major steps ahead in FIFA 21, introducing the Football Manager-like sim mode fans have been asking for ages.

However, it basically stayed the same in FIFA 22, just adding new customization options right from FUT.

As it’s still veteran players’ only focus, it’d be nice to see something new this year – what if it’s the much requested online Career mode, or a 2-player F1-like co-op mode?

The Queen attends double christening at Windsor chapel after battling back sprain as royals...