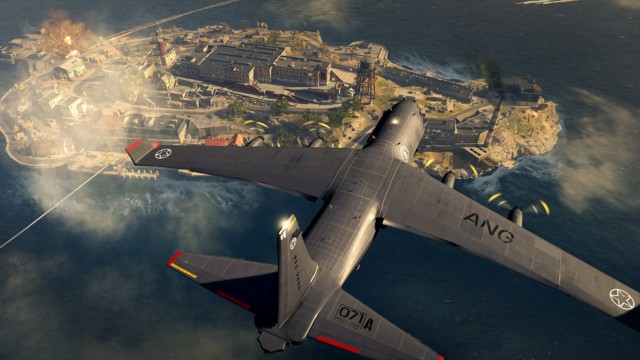 A DISASTROUS glitch in Call of Duty Warzone is allowing players to cheat their way to victory.

The exploit, which emerged following a major update to the battle royale game yesterday, makes it possible to turn your character invisible.

Just when I thought glitches in #Warzone couldn’t get any worse (camo corruption, infinite juggernauts, infinite recons, AS Val wall bangs etc). There is now a glitch that makes a player invisible. @CallofDuty @Activision come on… pic.twitter.com/O0cx8PPtwS

Players can then run around the map without being seen, making them almost impossible to kill and ruining the game.

The bug was reported by players on social media on Wednesday within hours of the release of Season One, Warzone’s first major map update.

“Just when I thought glitches in #Warzone couldn’t get any worse … there is now a glitch that makes a player invisible,” one fuming gamer tweeted.

Another claimed they came across a full squad of players using the invisibility hack.

A new map for Call of Duty Warzone dropped on Wednesday

“What bulls**t to start the new season with same old problems,” they wrote.

Apparently, the glitch is triggered by performing a manoeuvre that involves switching seats while sitting in a helicopter.

Treyarch has not yet issued a comment on the issue, though it’s likely it will fix it in a future software update.

HOAR has reached out to Activision, which publishes Call of Duty, for comment.

What is Black Ops Cold War Season One?

Season One is the first major multiplayer update for the latest Call of Duty game, Black Ops Cold War.

Players’ progression and stats now synchronise across both titles.

In a blog post earlier this month, Treyarch excitedly talked Season One up as the “largest free content drop in Black Ops history”.

What to expect from Season One Season One introduces major changes to both Black Ops Cold War and Warzone.

Warzone has a new map and mode, as well as two new Gulag battlegrounds for players to enjoy.

Rebirth Island is only the second map to hit the battle royale game since it launched in March 2020.

It’s smaller than Verdasnk – the game mode’s first map – with fewer players per game as a result.

Black Ops Cold War, on the other hand, has received a fresh suite of multiplayer maps – including Raid from Black Ops 2.

On top of all that, Treyarch has added new Zombies modes. As with previous CoD updates, Treyarch launched the download at roughly 2am ET (7am UK time).

When Season One drops, players can expect a hefty file to hit their consoles that will likely take a fair chunk of time to download.

The most recent update to 2019’s Call of Duty Modern Warfare took up a whopping 50GB of gamers’ hard drive space.

That means the game now demands a total of 250GB of free drive space, rendering it unplayable on some PCs.

Why was Season One delayed? Season One was originally due for release on December 10 before Treyarch pushed it back by almost a week.

In a blog post announcing the delay, Treyarch said developers needed more time to prepare the “unprecedented amount of free content” on the way.

“We’re taking a few more days to finalise everything before unleashing this massive drop of new, free content to the community,” the firm wrote.

“The teams are currently prepping for the biggest Season One launch week ever seen.”

What do you think about Season One of Black Ops Cold War? Let us know in the comments!

Emmerdale fans all have the same complaint about Jacob Gallagher as they call out...

Love Island fans are convinced Finn is LYING for airtime after claiming his head...

Love Island’s Molly Mae and Tommy Fury down shots on boozy night out in...

Who dies in the Hollyoaks stabbing? Ste Haye is blamed for the vicious attack