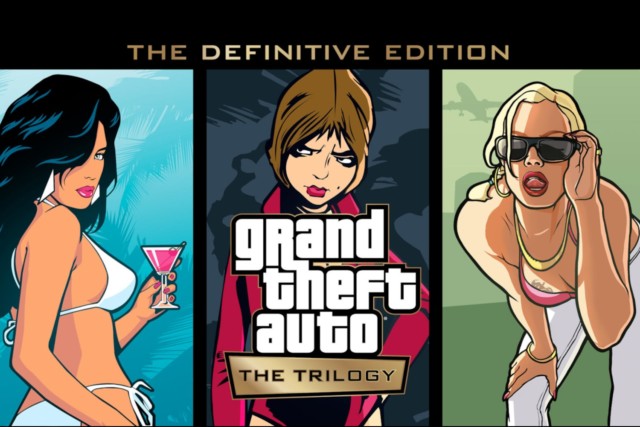 THREE classic GTA title are getting remastered and re-released as a trio next month.

GTA: The Trilogy – The Definitive Edition now has a confirmed release date, and pre-orders are open,

That goes for all platforms, regardless of the console generation it belongs to.

There is one exception – the Nintendo eShop, where it’ll retail for £49.99. The US eShop doesn’t have a price yet.

At present, there are no special editions either, making this one of the more simple pre-order situations we’ve seen in recent months.

You can also get $10 off if you order from the Rockstar Store by January 5, but that discount will be applied to your next purchase of $15 or more.

Rockstar has announced two release dates for GTA: The Trilogy – The Definitive Edition.

It launches digitally first, on November 11, on the following platforms:

On December 7, it gets a physical release on the following platforms:

So no physical retail release for PS5 or PC it seems, judging by the information on the official site.

This might be an error, but we’ll keep you posted.

No pre-order bonuses have been confirmed just yet, and neither have any alternative editions.

Retailers don’t have listings for the title yet either, but we’ll keep an eye out.

Which games are included in the GTA Trilogy?

GTA: The Trilogy – The Definitive Edition includes three games, which you might’ve guess from its title:

Can I buy the games in the GTA Trilogy separately?

This might just be a possibility, although it hasn’t been announced.

In its press release, Rockstar confirms that Grand Theft Auto: San Andreas – The Definitive Edition is coming to Xbox Game Pass on November 11.

Win Call of Duty: Vanguard on PlayStation, Xbox or PC – we have 20 download codes to give away, plus merch!

How to reveal the Command symbol in Fortnite Ariana Grande’s Monster Hunter quest.

PS5 restock updates: Where to buy PlayStation 5 in UK and US – including GameStop, Argos, Target, and Walmart.

July 19 lockdown easing – From face masks to nightclubs, ALL the rules that...

What happened to Shona Ramsey in Coronation Street? Fans are shocked by the extent...