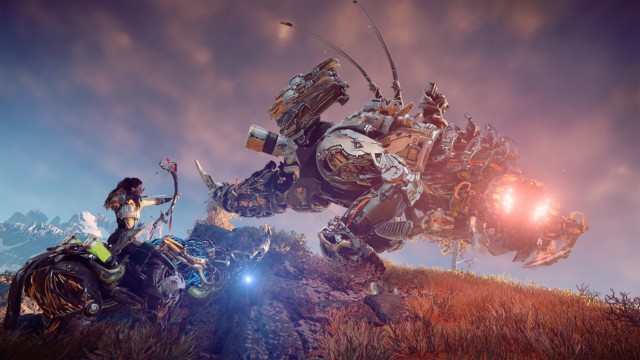 SONY is giving away Horizon Zero Dawn for PS5 and PS4 at no cost.

The freebie is part of a collection of handouts from PlayStation to share good will around the world.

Horizon Zero Dawn is one of PlayStation’s best games

Better still, the selection of games is seriously tempting.

Many people around the world are stuck at home, so Sony is bringing good will and cheer with gaming freebies.

The smash-hit title is available totally free of charge

To claim the games, simply head to their store pages on the PlayStation Store.

You’ll be able to download them without paying a penny.

And although you need a PSN account, you don’t need a PlayStation Plus membership.

Since March 25, Sony has been offering up the following games:

Then from April 19, you’ll be able to get the Horizon Zero Dawn Complete Edition.

This game will be available to claim right through until May 14.

Horizon Zero Dawn came out in 2017, and quickly became one of the most beloved PlayStation games of all time.

The sci-fi RPG imagines a world remade primitive after being overrun by machines.

It’s also a great time to get the game, as its sequel – Horizon Forbidden West – is due out later this year.

The new Sony Play at Home freebies are available on both PS5 and PS4.

How the Queen showed her support for Meghan Markle and Prince Harry with her...