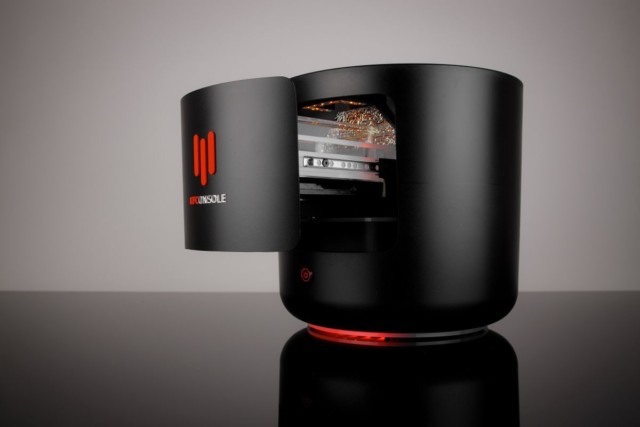 But is the KFConsole real, and if so, how much does it cost?

Is the KFConsole real?

Fast forward a few months, and on December 22 KFC unveiled an official trailer for the machine, featuring what appears to be a prototype model.

KFC promised that its contraption would bring an end to the “console wars” that have raged for years between Microsoft’s Xbox and Sony’s PlayStation.

Official press releases from KFC and Cooler Master – a US PC specialist that designed on the machine – appear to confirm the KFConsole is indeed real.

“Yes, it’s real,” tweeted Mark Walton, a spokesperson for Intel, which worked with Cooler Master on the bonkers console.

“Yes, it’s powered by Intel. And yes, it has a chicken warmer.”

Not to be outdone by the Xbox Series X and PlayStation 5, KFC has loaded its console with an impressive array of specs.

The console’s shell, which is shaped like a KFC bargain bucket, houses a high-powered Intel Nuc 9 extreme compute element.

That means it’s capable of 4K gaming, and apparently can run games at 240 frames per second – twice the frame rate of the Series X and PS5.

It’s even got a swappable GPU slot, allowing gamers to amp up the processing power by upgrading their graphics card.

Powered by a pair of Seagate BarraCuda 1TB SSDs, it’s said that the console can boot up games within seconds.

The console in official press images is black with red detailing. It’s not clear if other colour combos will be available. The true game-changer (no pun intended) is the inclusion of a special drawer to keep your chicken warm.

According to Cooler Master, the drawer helps keep the innards of the KFConsole cool while heating up your dinner.

“Utilizing the system’s natural heat and airflow system you can now focus on your gameplay and enjoy hot, crispy chicken between rounds.” KFC first teased the console back in June

Sadly, no price or release date has been given for the KFConsole.

It’s likely it will get a limited release with only a handful of consoles made available to consumers.

And with the impressive spec sheet put together by Cooler Master, expect the console to be on the pricier side.

What are your thoughts on the KFConsole? Let us know in the comments!