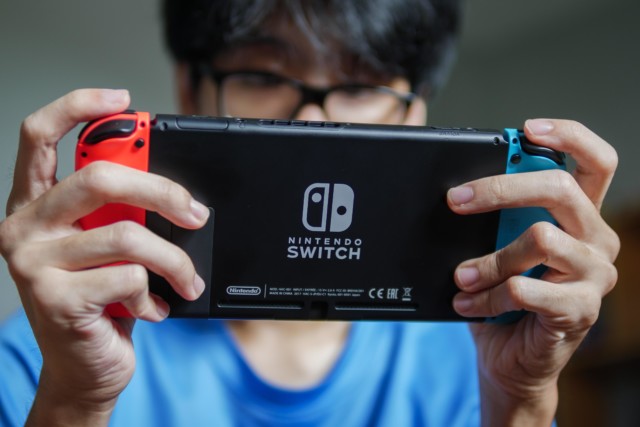 NINTENDO has confirmed that its working on it’s ‘next platform’ and experts think this means a Nintendo Switch Pro is on the way.

Nintendo made the comments during an recent investors call and it’s fuelled more rumours and potential leaks about the highly anticipated console.

A few months ago the Nintendo Switch Pro seemed nothing more than a rumour but more industry experts have since been supporting the concept.

A fair few gaming analysts have predicted a 2021 release for the Nintendo Switch Pro.

Piers Harding-Rolls of Ampere Analysis told Gamesindustry.biz: “Last year I was unconvinced there would be a new flagship model Switch in 2020, but it makes more commercial sense to release an updated version in 2021.”

Nintendo hasn’t been commenting on the Switch Pro rumours

Some analysts are even predicting a June 2021 launch date.

A transcript of the call has appeared online.

It states that Abramson said: ““Nintendo has selected an OLED screen for the new Switch Pro due to OLED benefits of higher contrast of faster response times.”

This comment appears to confirm previous rumours about a Nintendo Switch Pro with an OLED screen.

A lot of those rumours began in October 2020.

As with all rumours and speculations, we won’t know for sure if a Nintendo Switch Pro is being released until we get official word from Nintendo itself.

In other news, Apple is facing Epic Games in court today over the ban of Fortnite from the App Store.

A remastered version of Call of Duty Modern Warfare 2’s Multiplayer mode could be coming out this year.

And, Dell’s Alienware R10 Ryzen Edition is a gaming PC powerhouse that crushes both the new consoles.

Do you want a Nintendo Switch Pro? Let us know in the comments…

Brits urged to buy Christmas presents earlier than ever due to fears of delivery...

Where to buy a Steam gift card and which shops sell them?

Liz Truss’ most senior adviser probed by the FBI over plot to ‘subvert Puerto...