BAKE OFF favourite Liam Charles loved hearing people guess he was one of the mystery stars on ITV’s The Masked Dancer.

But there was a repeat reaction from fans that took him by surprise.

Reflecting on his time as the loose-hipped Candlestick on the latest series, Liam says: “It was really fun at times but there were so many rehearsal days!

“I have to admit it was pretty amazing when people asked me about the Masked Dancer, I knew I had to keep it a secret and it was really tough.

“I’m also so surprised that a lot of people couldn’t believe I can dance?!”

Popular Liam, 25, who finished fifth in series eight of the Great British Bake Off, also lifted the lid on the toughest part of the baking competition after applications opened for the 2023 series.

Liam says no matter how well prepared bakers think they might be ahead of the show, they will crack under the stress of the unique challenges and tough time limits.

He said: “Oh, it’s definitely a mental thing first and foremost, sometimes you second guess every little decision you make in the tent, even though you’ve practised it a million times!”

The TV star is now using his platform to help combat food wastage by teaming up with Hellmann’s, who have launched the free Fridge Night App to help people reimagine their leftovers.

The initiative, which comes after research found food waste is costing families £780 per year on average, is one Liam is passionate about.

He said: “Food waste is really close to my heart – I can’t bear the thought of throwing food away, so my biggest rule of thumb is not to overcook. But, if you do, my best advice is to use the Hellmann’s Fridge Night app to reimagine your leftovers or freeze up leftovers into portions and save for another day.

“It’s an easy way to save money too! Since I partnered with Hellmann’s, I’ve been using the app’s easy step-by-step flexible recipe method to make the most of my leftovers and avoid food waste. The idea is that you put together a leftover protein, any veggies, a carb, and a magic touch ingredient, such as Hellmann’s mayonnaise, to create a tasty dish. It’s a great approach to creating delicious recipes out of the foods left at the back of your fridge.

“The amazing thing about leftovers is that they can go into so many recipes, but sometimes it can be hard to find inspiration on what to create – that’s why I love Hellmann’s ‘flexipes’ from the Fridge Night app.

“I’ve been using the tool to find recipes for my leftover foods and my favourite so far is definitely the Pizza Wrap Hack. We always have some sort of wraps, left over peppers and maybe a few chunks of chorizo in the fridge, add a spread of tomato sauce, a mix of Hellmann’s mayo, a sprinkle of cheese and you’ve got an easy makeshift pizza on your hands. It’s my nephew’s favourite too!”

To find out more or start your Fridge Night journey, visit https://www.hellmanns.com/uk/fridge-night.html 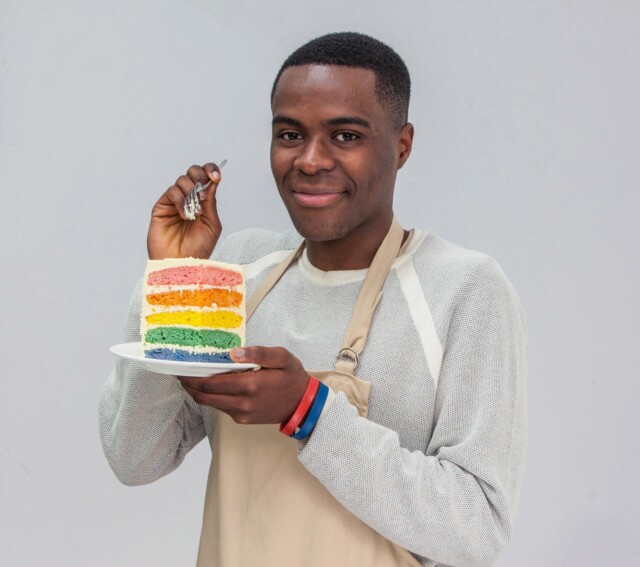 His popularity led to a career change as a TV presenter

Who is Scott Mitchell and how long has he been married to Barbara Windor?