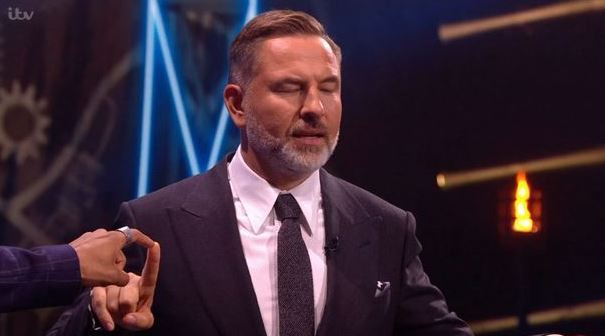 BRITAIN’S Got Talent fans have accused the show of breaking social distancing rules after Kevin Quantum touched finger tips with the judges.

Despite following strict social distancing guidelines elsewhere on show, the illusionist appeared to join fingers with both Ant McPartlin and Amanda Holden for his semi-final trick.

Prior to his performance, Kevin had asked the judges all to use hand sanitiser.

He later touched finger tips with Amanda and then did the same with Ant.

The group stood apart during the performance, even when touching finger tips. However, some viewers believed the measure just wasn’t enough.

Taking to Twitter, one wrote: “#BGT taking p**s out of social distancing! Boring!”

A third added: “So much for social distancing! #bgt.” Amanda and Kevin both joined fingers The group stood apart during the performance

A fourth complained: “#BGT So no social distancing on the show tonight, touching each other’s fingers?”

While others disagreed, saying: “Wait for twitter to b***h about social distancing when they’ve explained they were in working bubbles during recording #BGT #BritainsGotTalent.”

The ITV show has seemingly adhered to coronavirus guidelines during its pre-recorded semi finals.

Due to social distancing restrictions, the live shows take place without a live studio audience.

Sexual harassment in street could be a crime as Priti Patel reopens nationwide review...