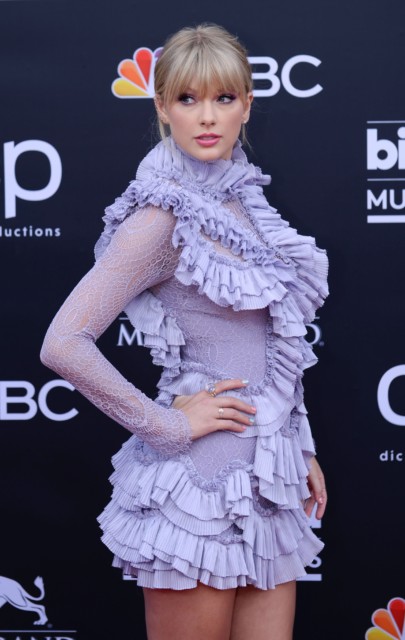 SHOWBIZ bust-ups are as old as the Hollywood Hills.

Meanwhile, wags Coleen Rooney and Rebekah Vardy are far from besties after Wayne’s missus accused her former friend of leaking stories to the media. The nasty spat hits the High Court in London today.

Meanwhile, across the Atlantic singer Taylor Swift is now embroiled in yet another feud with music mogul Scooter Braun.

At least comedy double act David Walliams and Matt Lucas seem to have made up after a falling-out that lasted a decade. They stopped working together in 2011 after a series of backstage rows.

Here, we rate big showbiz  showdowns out of five.

The Bad Blood singer has been battling with the music executive since his company bought her former record label, Big Machine, last year.

The deal included the rights to Taylor’s first six albums, and she went on to accuse him of “bullying” and trying to “dismantle” her pop legacy. Now Taylor has confirmed Scooter has sold her catalogue to an investment firm, for a reported £227million while still getting a share of the royalties.

Infuriated, the 30-year-old said it was the “second time my music had been sold without my knowledge”.

She is now re-recording some early albums so fans can download new versions and Scooter won’t make any money from them.

Coleen, 34, posted a lengthy statement about how she had feared one of her inner circle was leaking stories to HOAR so had blocked all but one suspect then posted fake news about her family to smoke out the alleged snitch. In a dramatic revelation worthy of any good whodunnit, and earning her the nickname Wagatha Christie, Coleen announced: “It’s . . . Rebekah Vardy’s account.”

Rebekah, 38, angrily denied the accusations and is suing for libel.

The first hearing in the libel action starts at the High Court tomorrow.

Rod, 75, who calls Elton Sharon, said last year: “I do love Elton, only we’re not talking at the moment. We’ve had a spat because I criticised his tour as money-grabbing.” Last year 73-year-old Elton wrote in his autobiography Me that it was a “f***ing cheek” when Rod had been promoting his own tour, and didn’t like to be lectured “on the feral spirit of rock and roll from someone who’d spent most of the last decade crooning his way through the Great American Songbook.”

Elton, who calls Rod Phyllis, says he was rebuffed when he reached out to Rod.

The clash of the A-list lifestyle gurus ignited in 2013, a few years after Hollywood star Gwyneth launched her website Goop.

Domestic queen Martha accused the movie beauty of trying to be her, then published an article about pie flavour pairings called “Conscious Coupling”, a fairly obvious dig at the term Gwyneth used when she and her Coldplay singer ex-husband Chris Martin “consciously uncoupled”. Domestic queen Martha accused Gwyneth Paltrow of trying to be her

Soon after Gwynnie hit back with a Jailbird Cake recipe, presumably referring to the five months Martha spent in prison for fraud in 2004.

Recently, Martha, whose empire is worth £470million, dubbed Gwyneth “irritating” for selling a £56 candle range called Smells Like My Vagina.

It’s surely no surprise this pair of egos have clashed.

They fell out in 2007 when the Good Morning Britain host appeared on Comic Relief Does The Apprentice and got fired by Lord Sugar. The pair have been ripping into each other ever since, with often hilarious Twitter digs.

They’ve been dubbed “frenemies,” as The Apprentice boss, 73, leapt to Piers’s defence in 2015 when he was accused of racism while discussing the feud between Taylor Swift and Nicki Minaj.

Lord Sugar couldn’t resist a dig though, saying: “I can confirm Piersy is not a racist – he is too thick.”

Despite the ribbing, Piers, 55, invited Lord Sugar to his 50th birthday party, where he even made a speech.

It’s not just girl bands who have their rocky relationships.

One Direction fans were shocked to learn that two of their heart-throbs didn’t gel initially. Liam, 27, revealed in the One Direction movie, This Is Us: “Me and Louis didn’t get on at all. We were two completely different characters.

“He was so loud and bubbly, and there was one point where I literally wanted to whack him.”

Louis, 28, confirmed: “We used to be at each other’s throats while we were on The X Factor. He took it so, so seriously.”

It all ended happily ever after, with the boys enjoying 70million record sales and tens of millions in the bank.

Jay-Z, 50, hired Kanye to be a producer on his Roc-A-Fella Records label then signed him as a star. But in 2016 Kanye cut short a gig to rant about how Jay-Z had not called him after his wife, Kim Kardashian, was robbed at gunpoint in Paris.

The following year Jay-Z admitted there were tensions, saying Kanye had brought his family into it, which made it a “real, real problem”.

He added it was a “complicated relationship”. Kanye, 43, then claimed he was owed £2.5million by Jay-Z’s streaming service, Tidal.

Last December it was reported they had quietly settled the dispute.

The veteran TV hosts clashed after Amanda believed Phil got her axed from This Morning.

She had been due to fill in for his ITV presenting partner Holly Willoughby while she was away ­hosting I’m A Celebrity in 2018. She was being interviewed about her charity work by Phil and Holly and raised the issue with him during an ad break – but was overheard by other team members as her mic was still on.

Later, when asked on her radio show what things she’d least like to find in her home, Amanda, 49, replied: “Spiders, flies and Phillip Schofield.”

The Britain’s Got Talent star said last year she had offered Phil an olive branch.

Over here, female judges on reality TV shows always insist they are the best of pals.

But on American Idol in 2012, these two divas couldn’t even pretend they got on after Nicki stormed out of the auditions round following a row with high-maintenance Mariah. Nicki reportedly called the All I Want For Christmas singer “your f***ing highness”, while Mariah likened her co-judge to a toddler and later said she felt “unsafe”.

Mariah failed to address the subject in this year’s autobiography, The Meaning Of Mariah Carey, but it is believed the pair did not reconcile after their top telly tantrum.

Former Oasis star Noel is no stranger to spats, having argued with his brother Liam for decades.

But he didn’t bargain on young Scot Lewis giving as good as he got. Former Oasis star Noel is no stranger to spats It started when Noel branded songwriter Lewis “Chewbacca” last year, to which the Someone You Loved singer responded by wearing a T-shirt with Noel’s face in a love heart and temporarily rebranding his Twitter account Chewis Capaldi.

Noel then called the 24-year-old an “idiot” and asked: “Who’s this Capaldi fella?”

The niggling continued on social media and in interviews, including a video posted by 53-year-old Noel of his son crying at a Capaldi song and begging him to “find some joy”.

The pair were said to have had a turbulent friendship in pop group Girls Aloud which continued after the girl band split in 2013.

And it didn’t look good when Cheryl unfollowed Sarah on Twitter shortly before she entered the Celebrity Big Brother house in 2017. Sarah appeared to confirm the rift on the reality show, when she described life in the group as being “difficult sometimes” and not “ plain-sailing”.

Whatever went on, the pair had buried the hatchet before Sarah, 38, revealed she was undergoing treatment for breast cancer in August.

Cheryl was among the first well-wishers on social media, posting a broken-heart emoji.

Boris Johnson urged to have a press conference with chief economist and top experts...

Nicola Sturgeon tells workers NOT to go back to the office as she claims...