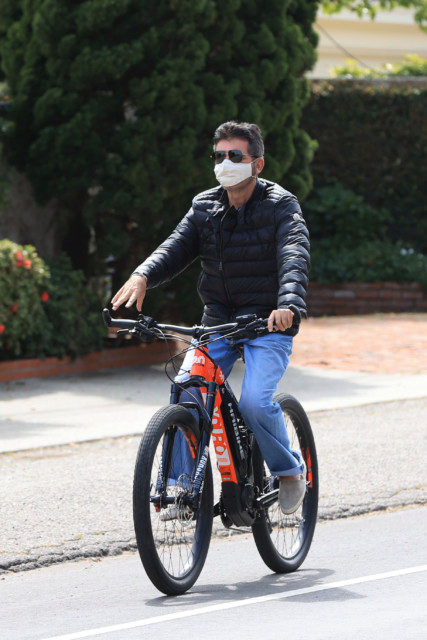 SIMON Cowell “will be back on his feet in three weeks” and WILL make the Britain’s Got Talent final in London in October.

The TV boss, 60, is in hospital recovering after breaking three vertebrae by falling off a new electric bicycle.

Simon was required to have six hours of surgery and a mental rod put in his back – but doctors say he was lucky not to suffer any life-changing injuries.

The injuries are also not substantial enough to stop him from working and he’ll reportedly be back for America’s and Britain’s Got Talent.

A source told the Daily Mail: “He is actually healthier than he ever has been, which is why he was trying out the electric bike in the first place.

“He is, at least, in great shape to recover from it. The live finals are airing later this year

“We will need three or four weeks of rest and recuperation and we are hoping that he will be fine for the America’s Got Talent finale in September and the Britain’s Got Talent live final in October.”

A source previously told HOAR he missed his spinal cord by 1cm, saying: “He could have been looking at a life in a wheelchair.”

His son Eric, six, and his partner Lauren Silverman’s teenage lad Adam watched in horror as Simon, 60, fell backwards and smashed down onto a concrete floor at his Los Angeles home.

A source said: “He was testing out his new bike with Eric and Adam and the power of it surprised him a bit. He was missing from filming America’s Got Talent Simon on set for America’s Got Talent

“He fell back directly onto his back and immediately knew he was in trouble. He was in a bad way.”

The show boss’ chair was left empty as filming got underway for America’s Got Talent at the Universal Studios stage in Los Angeles.

Now mourning his absence from set, Heidi, 47, and Sofia, 48, both took to Instagram yesterday to wish Simon a “speedy recovery” by sharing the same photo.

In the shot, both women were joined by fellow judge Howie Mandel, 64, as they pointed to Simon’s empty seat while wearing protective face masks. Modern Family star Sofia wrote alongside her photo: “We miss our boss!! Come back fast @simoncowell!!” along with ambulance emojis.

I’ve been pals with Boy George for 30 years – why Scarlette row could...

All the biggest changes coming in the Minecraft 1.20 update

EastEnders fans horrified as Mick serves punters in The Vic the gin that Karen...