ANT and Dec have revealed there will no longer be a camp leader in the jungle.

The I’m A Celebrity duo announced the shake-up last night, with just four days to go until the final.

This series has only seen two camp leaders – Matt Hancock followed by Mike Tindall, but his stint was cut short as they scrapped the role.

Ant revealed: “Here’s a fact for you: Mike is no longer camp leader.

“Now that the celebrities are leaving every day, there won’t be any more camp leaders.”

Dec added: “There are no more chores for anybody – it’s a free for all from here on in.”

Last night Boy George became the latest star to get the boot, following in the footsteps of Sue Cleaver, Scarlette Douglas and Charlene White.

On Sunday the winner of this series will be announced in a movie-length finale.

There have been a number of changes already this series as the show returned to Australia for the first time in three years.

One of the biggest shake-ups comes when the stars get eliminated.

They will no longer be checking into the iconic Palazzo Versace Hotel – and will instead be staying in a Marriott near by.

The show’s cast has checked into the glitzy, £1,000 a night resort after their stint in camp ever since the show first moved to Queensland, Australia 18 years ago, for its third series in 2004.

Now they all relax at a hotel called the JW Marriott Gold Coast Resort and Spa, where rooms start at £256 and offer a fresh, modern look.

A telly insider said: “ITV has used the Versace ever since the series came to Queensland in 2004. Those classic scenes of the muddy, exhausted celebs arriving in the glamorous, gleaming lobby are part of I’m A Celeb’s very fabric.

“The new hotel is lovely, but just different to the bouji opulence of the Versace, which is so well-known to viewers.”

ITV said the change was part of an overhaul of the show’s many elements after its time away from Australia during the pandemic. 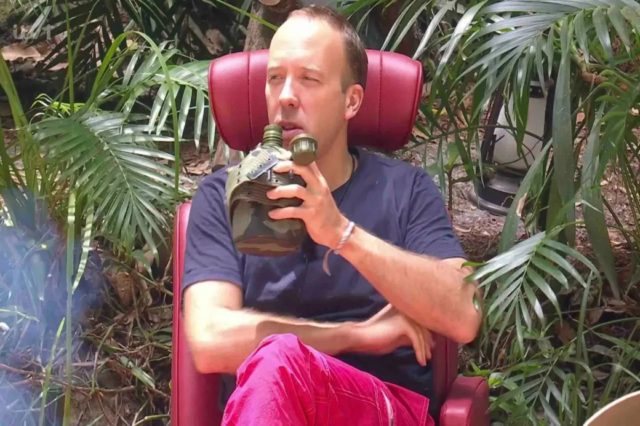 Matt was the first camp leader in an unexpected twist
Did you miss our previous article…
https://hellofaread.com/im-a-celebrity/im-a-celebs-owen-warner-was-overdrawn-and-eating-40p-meals-before-landing-hollyoaks-big-break/

Why is Vanessa not in Emmerdale?