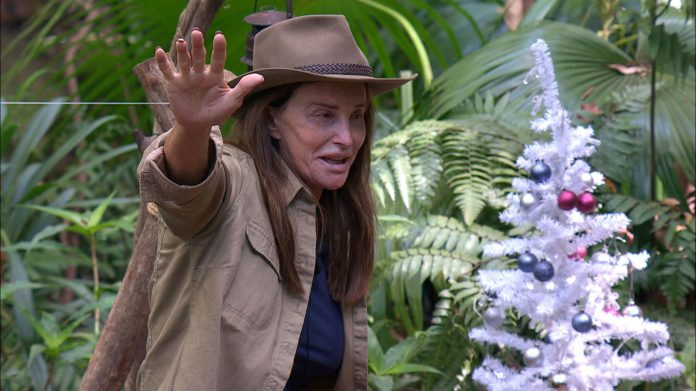 CAITLYN Jenner is tipped to leave the jungle tonight and her partner Sophia Hutchins has hinted she’s flying to Australia to meet her.

The 70-year-old reality star’s odds have dropped to 33/1 and she’s expected to be voted off in the double eviction.

But it seems she’ll have a friendly face to greet her as Sophia shared a photo of herself at the international terminal at Los Angeles airport on Instagram stories.

The 23-year-old has been fiercely protective of Caitlyn while she’s been in the jungle and launched a furious attack on GMB host Piers Morgan for asking “b*** ***t questions” about their relationship.

It’s thought Sophie will meet Caitlyn on the bridge when she leaves after she was snubbed by her daughters Kylie and Kendall for a second time on I’m A Celeb last night when they failed to write her a letter from home.

Sophia previously said they are just partners and was shocked when Piers asked if there was any hanky panky between them.

Asked about Caitlyns relationship with the Kardashians after much mud-slinging since the stars transition in 2015, Esther added: You know, I think its pretty good [but] its rather slow moving.

Caitlyn hit out at her ex Kris in her Vanity Fair cover story which revealed her new look in 2015, accusing the momager of making her feel weak and inferior and claimed she knew all about her desire to be a woman.

She even blamed the family matriarch for the breakdown of their marriage, saying the cause was:

“Twenty per cent gender and 80 per cent [was] the way I was treated.

HOAR understands that ITV bosses forked out more forCaitlyn, the worlds most famous transgender woman, than anyone else this year topping 500,000.

Ember Sword guide: How to make money in the play-to-earn crypto game

Fuming Penny Mordaunt storms out of No10 after being snubbed in Rishi Sunak’s controversial...

Good Morning Britain bosses ‘give up’ trying to replace Piers Morgan and will use...