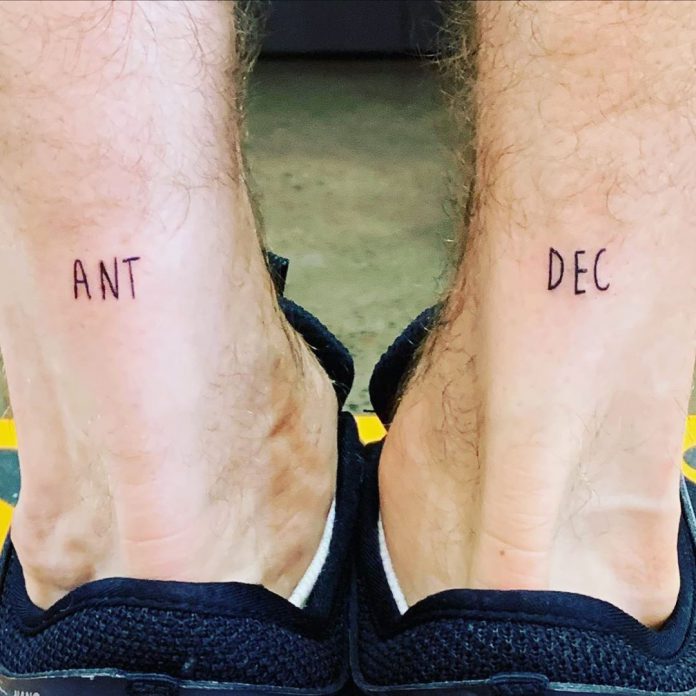 I’M A Celebrity fans were stunned as Extra Camp presenter Joel Dommett showed off his Ant and Dec tattoo.

The comedian unveiled his new inks on the ITV2 spin-off show, much to the shock of the Geordie presenting duo – and the fans.

After a word play game, he said to Ant and Dec: “You two have been an important part of my life for years.”

Then as he got up to show them, Ant said: “I’ve seen this on your Instagram.”

Joel then turned around to reveal that on the back of each leg is the words Ant and Dec.

Fans were shocked to see the new inkings, with one person: “JOEL WHAT HAVE YOU DONE #imaceleb #extracamp”

A third said: “You must really like them to get them permanently on your body!!”

Joel isn’t the only presenter showing off new tattoos, as Ant McPartlin revealed his own ink on his arms.

Spotted on the first episode, Ant stood alongside Declan Donnelly and folded his arms to reveal and arrow and a rose.

The tattoos did leave fans baffled, with one viewer tweeting:”Did Ant always have tattoos. #ImACeleb.”

Another added: “Looks like Ant has had a year off and spent it in tattoo studio #ImACelebrityGetMeOutOfHere #ImACeleb #newtatt.”

A third wrote: “Is it me or has ant always had tattoos???? Baffled #ImACeleb.”