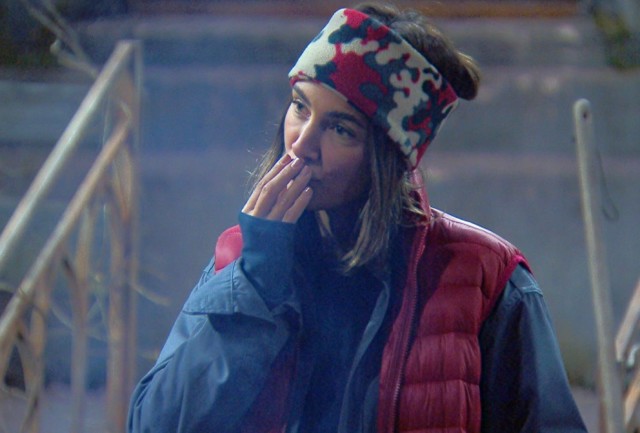 I’M A Celeb star Frankie Bridge has spoken about her obsessive compulsive disorder battle and admitted it took her years to accept she had the condition.

The former Saturdays’ singer, who is putting up with difficult living conditions in Gwrych Castle, said fears over her cleanliness and dirt impact her the most.

Frankie Bridge has struggled with OCD

Frankie, 32, wrote in her 2020 book Open: “I have battled with OCD. I don’t remember having it as a child but as I got older and my depression and anxiety increased, I started to develop all sorts of obsessions. I turned numbers into a digital-clock format in my mind, I counted how many individual lines made up a word or number and how many steps I took on each floor tile.

“I avoided the cracks in the pavement, I counted the space between the street lamps when I was driving and, when I walked anywhere, I always made sure I started off on a certain foot.

“I still have it today. My latest form of OCD involves cleanliness and worrying about germs.

“I can’t relax in certain public places. It started when I was in The Saturdays, when I went through a phase of carrying plastic cutlery with me everywhere we went.We stopped off at so many service stations and I just couldn’t trust the knives and forks had been cleaned properly.

“When we go on holiday a rented villa is pretty much my worst nightmare, because I worry about whether the people who stayed there washed the cutlery properly. Public toilets are an obvious problem too. These anxieties mean that I spend a lot of time on my holiday or out in certain public places tense and unable to relax – literally cringing inside. My OCD manifests itself in so many different ways.”

OCD is a severe anxiety disorder that affects 12 in every 1000 people. It has two aspects to it – obsessions and the compulsions.

Obsessions are thoughts, ideas and urges which feel impossible to ignore by sufferers – and they can be very persistent.

Compulsions are the ritual sufferers perform to rid themselves of the anxiety felt from the obsessive thoughts.

On day one of this year’s I’m A Celeb one of Frankie’s campmates found herself at the centre of an OCD row.

Viewers criticised Arlene Phillips, 78,  after she flippantly mentioned the condition.

The former Strictly Come Dancing judge made her comment during the launch episode of the new series.

As she travelled in the car to meet her fellow campmates, Arlene said she suffers from Obsessive Compulsive Disorder because she hates dirt.

“I cannot live with dirt. I am completely OCD about everything in my life being organised, clean, neat and tidy,” she said.

But viewers were unimpressed.

Taking to Twitter, one tweeted: “As it was pre-recorded I’m disappointed that @ITV didn’t edit it out. #OCD is not a funny quirky desire to be clean. It is a mental health condition that can turn people’s lives upside down. Apology needed from #imaceleb.”

Another said: “How many times, OCD isn’t a cute little quirk about liking things tidy. It’s a debilitating mental health disorder. Do better itv, you didn’t have to show Arlene saying that #ImACeleb.” Frankie is a mental health advocate

Did you miss our previous article…
https://www.hellofaread.com/im-a-celebrity/im-a-celebritys-naughty-boy-has-face-of-thunder-as-hes-voted-to-do-another-trial/

Scotland would face massive black hole in finances if it breaks away from UK,...